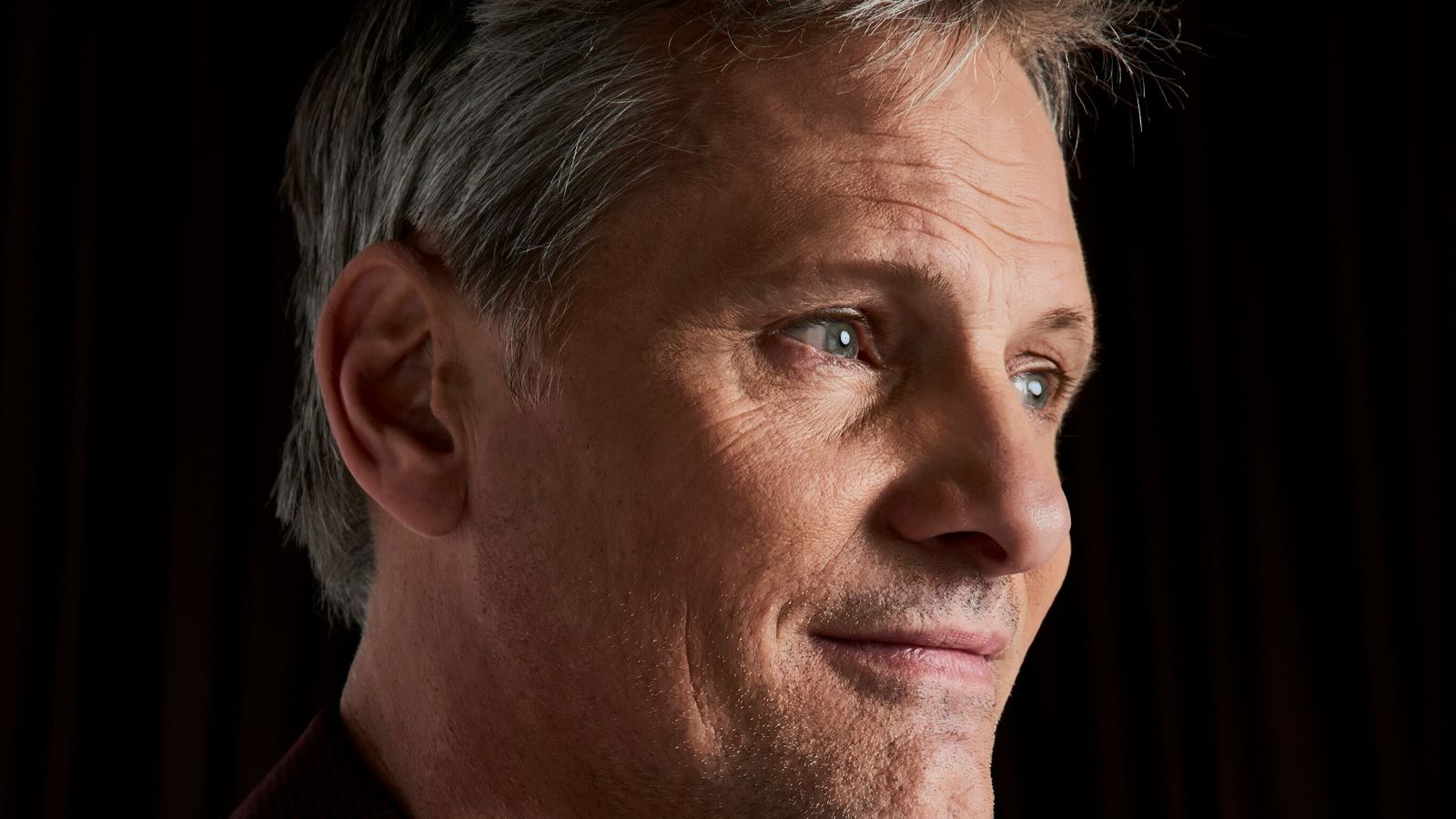 Viggo Mortensen became a household name after he was cast as the rugged hero Aragorn in Peter Jackson’s Lord Of The Rings films.

Since then he has racked up three Oscar nominations and become a well-respected leading man, most recently in the limelight for playing the main character in 2018’s best picture winner Green Book.

With an impressive back catalogue under his belt, it’s no surprise he has used his experiences on other people’s sets while making Falling, his first feature as director.

“I’ve always been nosy as an actor and I’ve learnt a lot of things,” Mortensen tells Sky News’ Backstage podcast. “The best things I’ve learnt from a wide range of men and women from different cultures as they directed movie stories, different kinds of stories, there were certain things that were constantly reinforced in great detail.

“Prepare very early and as much as possible, you can’t prepare too much or too early for a shoot and always, always leave the door open for communication with your crew and your cast – a good idea can come from anybody at any time.”

Mortensen says refusing to listen to others is something he has noticed in other filmmakers, and is a trait he is keen to avoid himself.

“Some directors I’ve seen are not that open to it because they’re insecure, maybe,” he says. “They feel it’s a threat to their authority or their control or their authorship, I don’t know.

“But I was clear from the beginning that we were going to tell this together.”

Falling – which Mortensen wrote and stars in as well as directing – is about a man trying to connect with his homophobic father, who is showing signs of dementia.

It borrows from the star’s own upbringing, but with themes of loss, pain and difficult family relationships, he says it is a story that many can relate to.

“During the shoot, it was unexpected, but from the very first day, people in the crew and cast members also were sharing stories without me even asking – they were saying, well, this reminds me of this situation, you know, having a personal emotional connection with the fictional story we were telling about this family in Falling,” he says.

“And they were comparing it to their own personal family experiences – it started there, and it made me feel like, oh, we’re on to something together, there’s a connection here, it’s not just something I made up, and I want to tell it as best I can.

“And then I found that also with audiences as we started showing it and doing Q&As, where people have connected personally and emotionally to it – so that’s been gratifying and encouraging.”

Mortensen says the move from in front of the camera to behind is something he has been planning for a while, but the opportunity to make this particular film came at the right time.

“There have been other stories I’ve wanted to tell, I’ve wanted to direct for quite a while,” he says. “I just haven’t been able to find the financing. I did find it for this one and it was at the time it should be.

“I think 10 years ago I had a little bit less experience working for really good directors, editors, cinematographers, writers – I’ve learned, I’ve been paying attention as much as I could.”

Hear from Viggo Mortensen in this week’s episode of Sky News’ Backstage podcast. Falling is in UK cinemas now and available virtually via ModernFilms.com