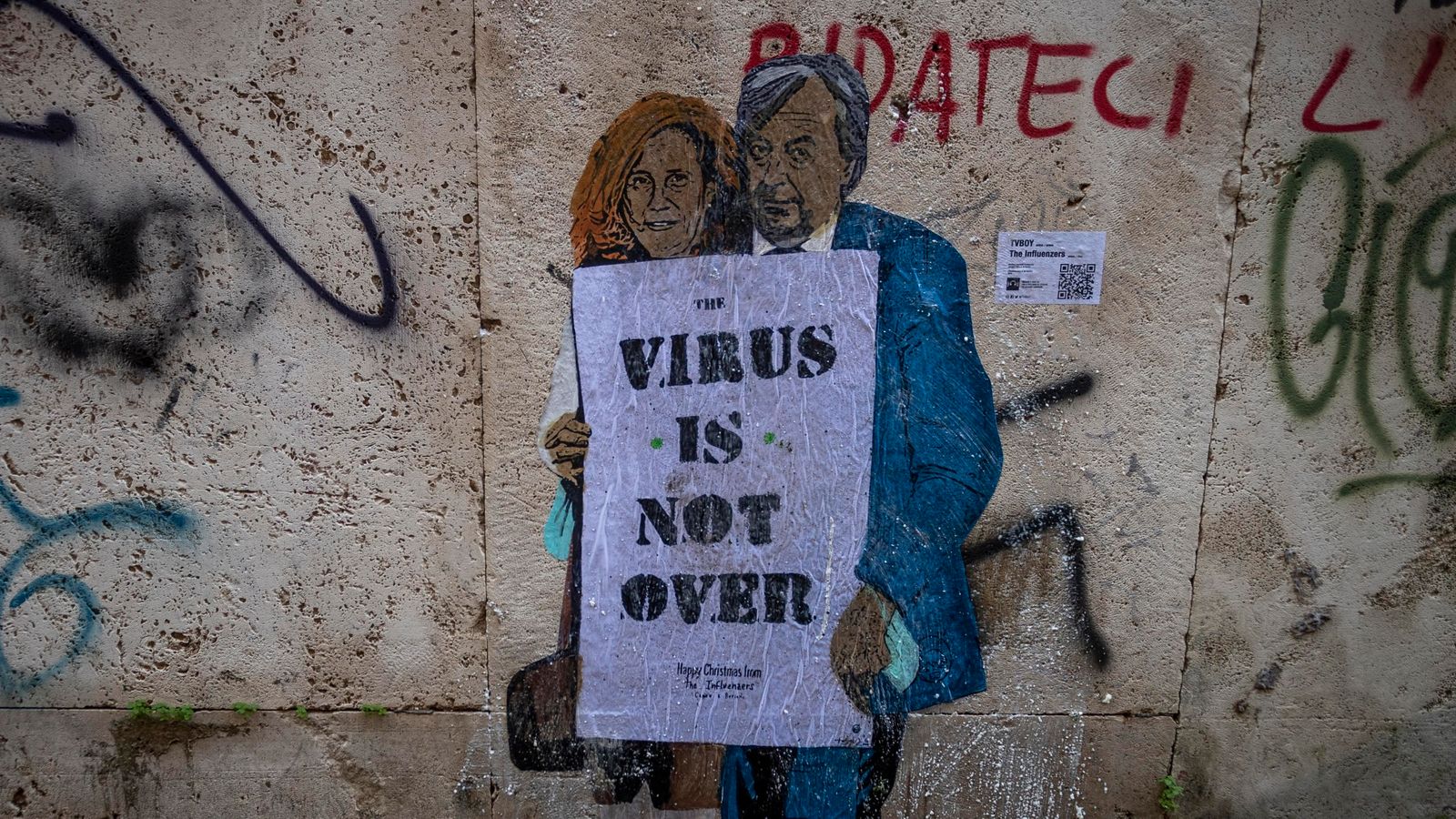 Italy has unveiled tough new restrictions for Christmas after recording the highest number of daily coronavirus deaths since the pandemic began.

Figures show there were 993 COVID-related deaths and 23,225 new cases on Thursday. The previous record of 919 deaths came in March at the peak of the first wave.

Italy was the first Western country to be hit by COVID-19 – and from 21 December to 6 January, people will only be allowed to move between the nation’s 20 regions for work, medical reasons or emergencies.

People are being urged not to invite any guests to their homes during the festive period, amid fears that the Christmas period could lead to a further spike in new infections. Midnight mass on Christmas Eve is also being banned.

Italian Prime Minister Giuseppe Conte added that movement between towns will also be forbidden on Christmas Day, Boxing Day and New Year’s Day – and a curfew will be in force on New Year’s Eve from 10pm until 7am.

“It’s clear this will be a Christmas that is different from the others but it will be no less authentic,” he added.

The tighter restrictions in Italy come as the US battles a third wave of coronavirus infections.

The country set a single-day record for cases and deaths on Thursday, with 211,762 new infections and 2,858 fatalities – the highest since the pandemic began.

Hospitalisations from the virus has also topped 100,000 – more than double the number at the beginning of November.

President-elect Joe Biden said on Thursday he is keeping Dr Anthony Fauci on as a chief medical adviser and a member of his COVID-19 advisory team.

He also said he would be “happy” to get a vaccine in public to prove its safety and will urge the public to wear masks for 100 days to help drive down the spread of the virus, which has killed more than 275,000 Americans.

Brazil comes in third after the US and India for the highest number of cases and deaths across the world, reporting a further 755 fatalities and 50,434 cases on Thursday.

The South American country has now registered 6,487,084 cases since the pandemic began, while the total number of deaths has risen to 175,270.

South Korea has recorded 629 COVID-related deaths over the past 24 hours – the highest number in nine months.

After successfully suppressing two previous outbreaks this year, the East Asian country has been grappling with a fresh spike in cases since it relaxed social distancing rules in October.

Despite the soaring number of cases, Germany has seen fewer deaths than many other European countries with 15,586, compared with more than 60,000 in Britain.

This is believed to due to the country’s rapid response to the initial outbreak, mass testing and a robust hospital system.

Meanwhile, Spain is seeking to vaccinate 15 to 20 million people by May or June next year, prime minister Pedro Sanchez said on Friday.