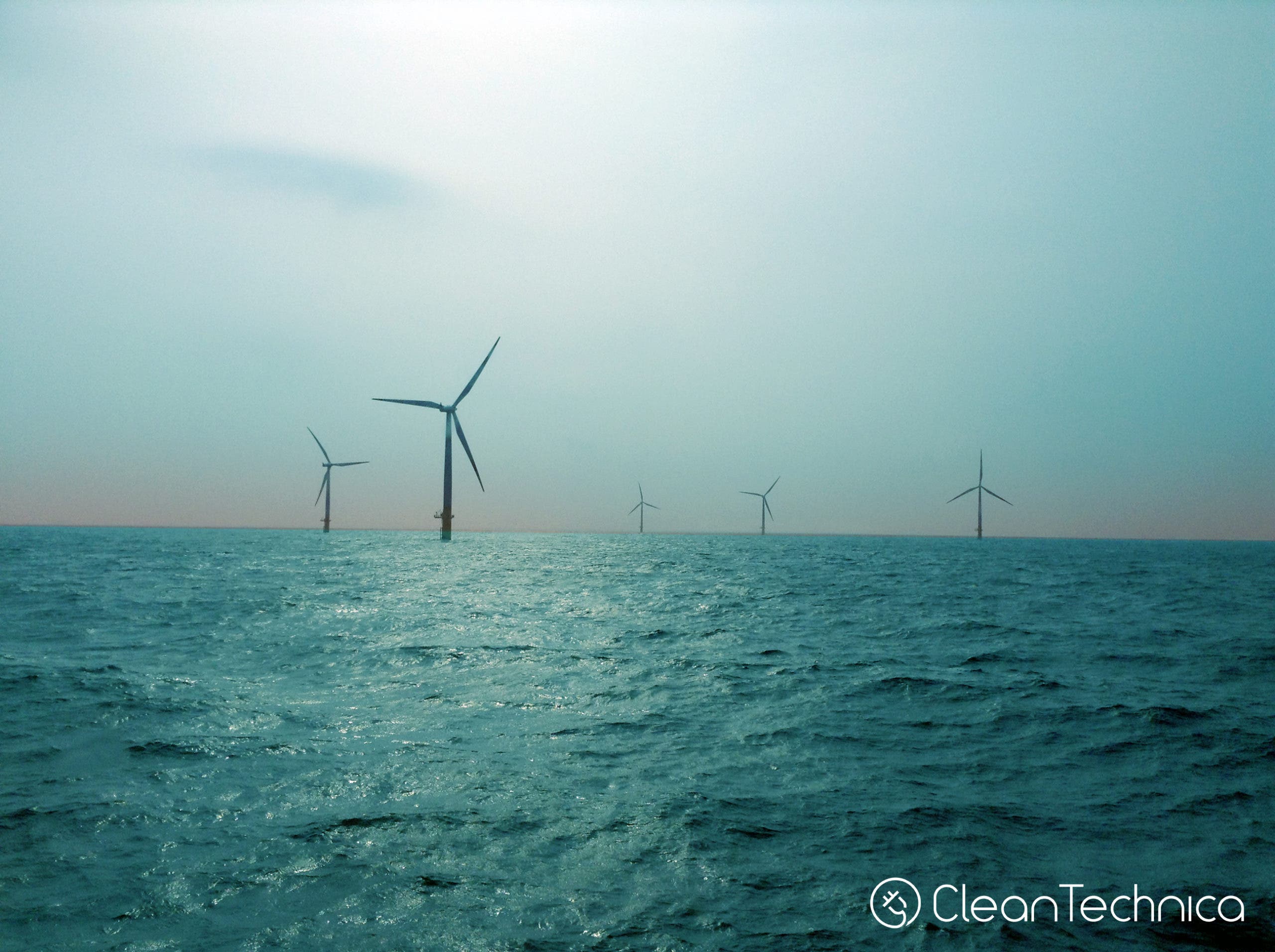 Photo of prototype of largest wind turbine in the world, courtesy GE Renewables.

The first large-scale offshore wind farm in the United States may use the largest wind turbine in the world. Here are a few ways to think about what all that might mean.

The developers of the Vineyard Wind project off Massachusetts have just announced that they’ll be using GE wind turbines — specifically, the GE Haliade-X. That turbine recently got a capacity upgrade, from a world-leading 12 megawatts (MW) to a world-leading-by-even-more 13 MW.

Those developments got me thinking about both the turbine and the project.

.@GErenewables #HaliadeX #offshorewind turbine just set a(nother) 🌎 record: the prototype in Rotterdam produced 312 MWh in a single 24hr period, breaking previously record of 288 MWh in a single day ⚡. 1 spin of a Haliade-X 13 MW could power a UK household for more than 2 days pic.twitter.com/zGXT7gtFpT

A home’s daily energy in 7 seconds

Hearing that 312 MWh number got me thinking about how much electricity the average home uses in these parts, and wondering how it compared. So I did the math: At full power, a turbine that size could cover a whole household’s daily electricity needs in under 7 seconds.

Sure, not every day is that windy, you’d lose some energy transmitting it from the turbine to the home, and you’d need storage to use it the other 86,393 seconds of the day. (So I wouldn’t recommend this approach for DIY home power…)

The manufacturer itself offers another way to make the comparison between turbine and home: A single spin of the turbine, says GE, “could power a UK household for more than 2 days.” While specifying “UK” is important, because of their lower per-home electricity use, the math still works out to a single spin of the blades generating enough energy for a day for the average home in at least the 10 or 12 most efficient states in the US.

Second, the project perspective. Upgrading to a turbine that size has a few important implications:

Even in this troubled year, I’ve seen a lot of cool stats about clean energy momentum — new technology, new records, even better economics. But even within that august body of news, these developments are noteworthy.

Next steps for making it happen include the Vineyard Wind project getting through the federal permitting process. Included in this week’s announcement was a statement that they’re pausing things at their end, to “allow the project team to conduct a final technical review” associated with the turbine upgrade. But that pause should be brief, and the project is still aiming to start the clean electricity flowing in 2023.

In the meantime, visualize turbine blades spinning, and count to 7. Guest Contributor is many, many people. We publish a number of guest posts from experts in a large variety of fields. This is our contributor account for those special people. 😀