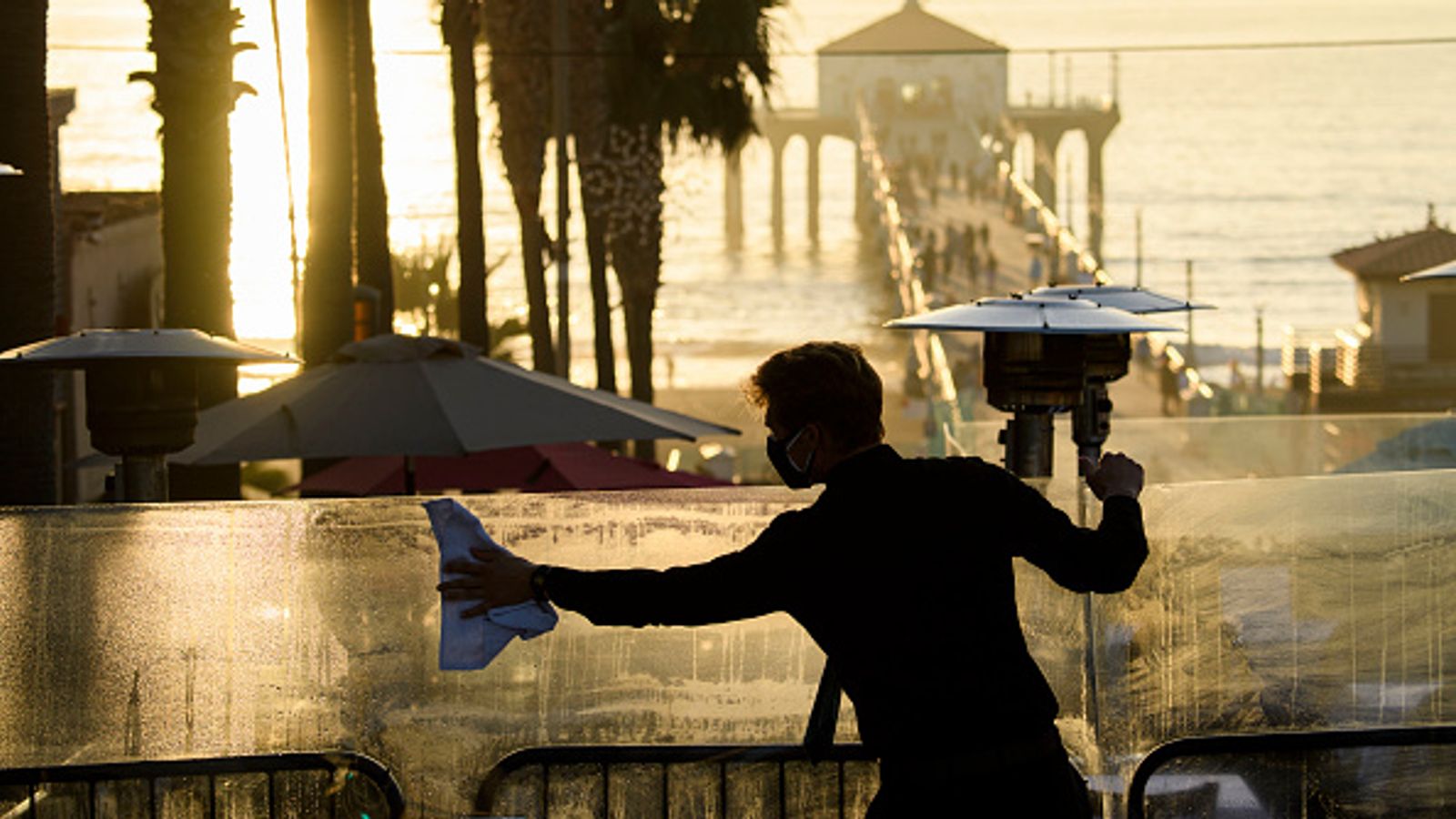 New lockdowns have been ordered in America’s most populous state in the face of what its governor has called the “final surge” of COVID-19.

The orders kick-in when a region’s hospitals has fewer than 15% of its ICU beds available.

It extends an order already in place in Los Angeles where the mayor Eric Garcetti has warned the city is approaching a “devastating tipping point” after a record-breaking surge of cases this week.

Leaders have urged the public to abide by new restrictions in the hope of suppressing new infections before the anticipated arrival of widespread vaccination.

In March, early lockdowns in California were credited with the state avoiding the fate of places like New York.

The new rules are less restrictive and full of exemptions and there is evidence that a weariness with lockdowns is affecting compliance.

At the weekly farmers’ market in Santa Monica, the number of shoppers is limited but there is still the feel of bustle in the warmth of a southern California winter morning.

The new rules have received a cool reception from farmers.

“I don’t think it is justified,” Greg Nauta said. “Step back, in a space shuttle and look down on the Earth and see what’s happening. They’re destroying the economy.”

The sentiment of shoppers could not have been different. “Just wear the freaking mask,” one said.

But 30 miles to the south, in Long Beach, hundreds of people marched in protest at the impact of new lockdowns on businesses, in particular a new ban on outdoor dining.

Among the marchers, with an American flag over her shoulder, restaurant owner Jennifer Mlouk said: “We’ve all spent thousands and thousands of dollars to be compliant and then to be shut down in this way.

“It’s not just about the owners, my husband and I have 30 employees we’ve had to let go for the second time in eight months.”

But there is equal frustration among public health officials at the risks of people not complying.

Anne Rimoin, a renowned virus hunter and professor of epidemiology at the University of California Los Angeles, said: “History, when they talk about the pandemic, they’re going to write about this moment when we lost so many lives when we didn’t need to, when this virus just spiralled out of control, and that’s what’s happening.”

The Centres for Disease Control has warned that the next few months will be the grimmest public health crisis the US has ever faced.

But the public could be forgiven for struggling with some mixed messages.

More than 500 people who had booked COVID tests at a pop-up centre in Los Angeles were later told it would be closed so a movie could be filmed nearby.

The closure was later reversed but it caused unnecessary confusion on the very day the city recorded its highest number of new cases.