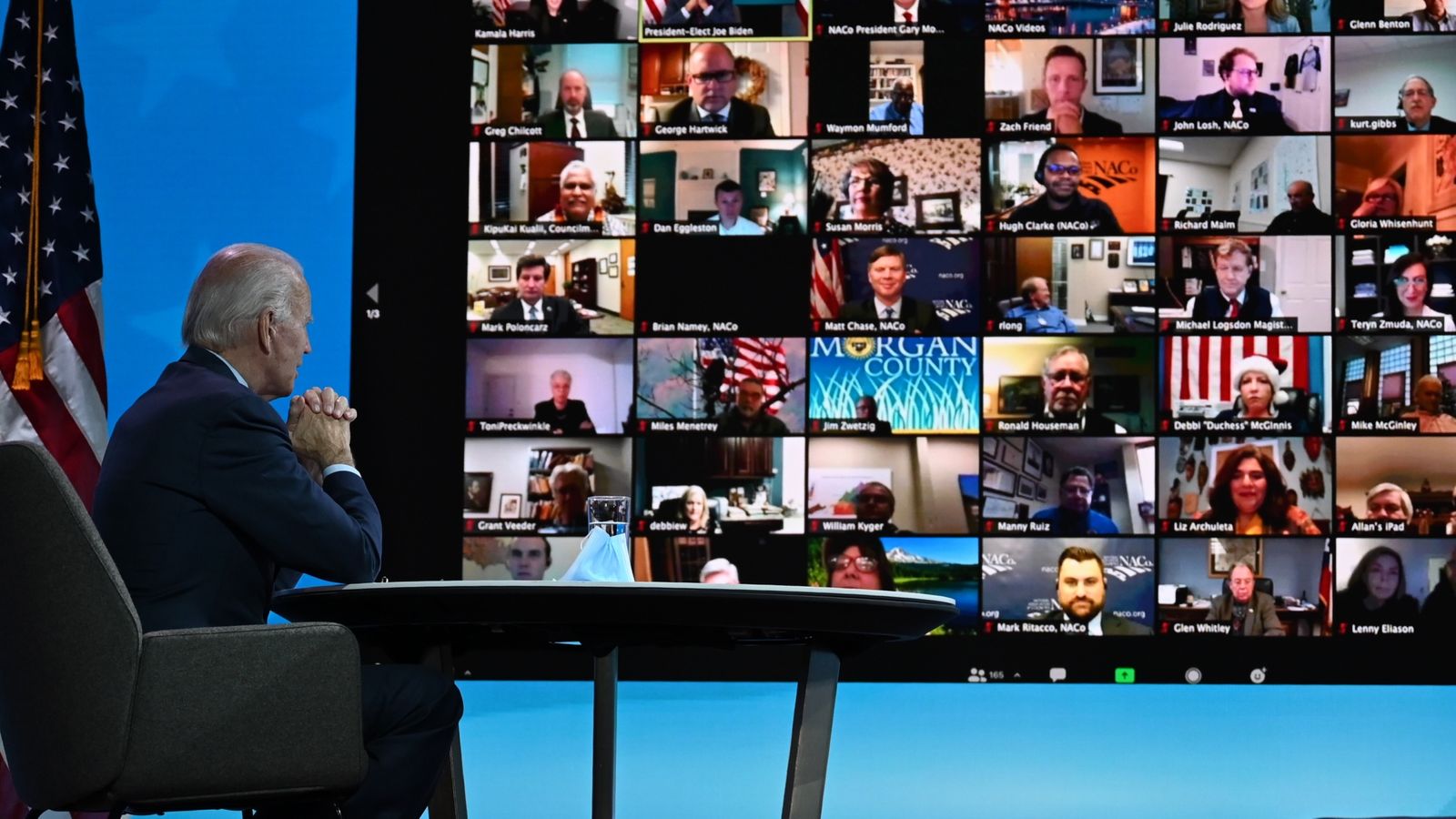 Joe Biden has said he will not force Americans to take any vaccine – but did warn the country faces a “bleak future” unless swift action is taken to agree on a coronavirus aid bill.

His comments come as the country in engulfed in a nationwide spike in the virus that is hampering its economic recovery.

The president-elect also expressed concern that so far he has seen “no detailed plan” from the Trump administration on how to distribute an approved coronavirus vaccine.

Mr Biden did confirm he and his team are working on their own proposal to fill in the gaps.

He also described November’s national jobs report as “dire” and said it “shows the economy is stalling,” but added quick action from Congress would halt some of the damage.

“If we act now – I mean now – we can begin to regain momentum and start to build back a better future,” he said.

Surging cases of the virus have led states and municipalities to roll back their reopening plans and more restrictions may be on the way as lower temperatures and holiday travel lead to records for confirmed cases and deaths.

While he does not support a nationwide lockdown, Mr Biden plans to ask Americans to commit to 100 days of mask-wearing to help combat the virus as one of his first acts after being inaugurated.

And in sharp contrast with Donald Trump, Mr Biden is planning a scaled-back event for safety’s sake during the pandemic.

The Democratic former vice-president said he does expect to be sworn in on 20 January on the platform already being constructed on the steps of the US Capitol, but wanted to avoid the crowds that typically gather on the National Mall and along Pennsylvania Avenue to view the ceremony and parade.

“My guess is there probably will not be a gigantic inaugural parade down Pennsylvania Avenue. But my guess is you’ll see a lot of virtual activity in states all across America, engaging even more people than before.”

The pandemic has killed more than 273,000 people in the US and cases and hospitalisations are surging as the winter months approach.