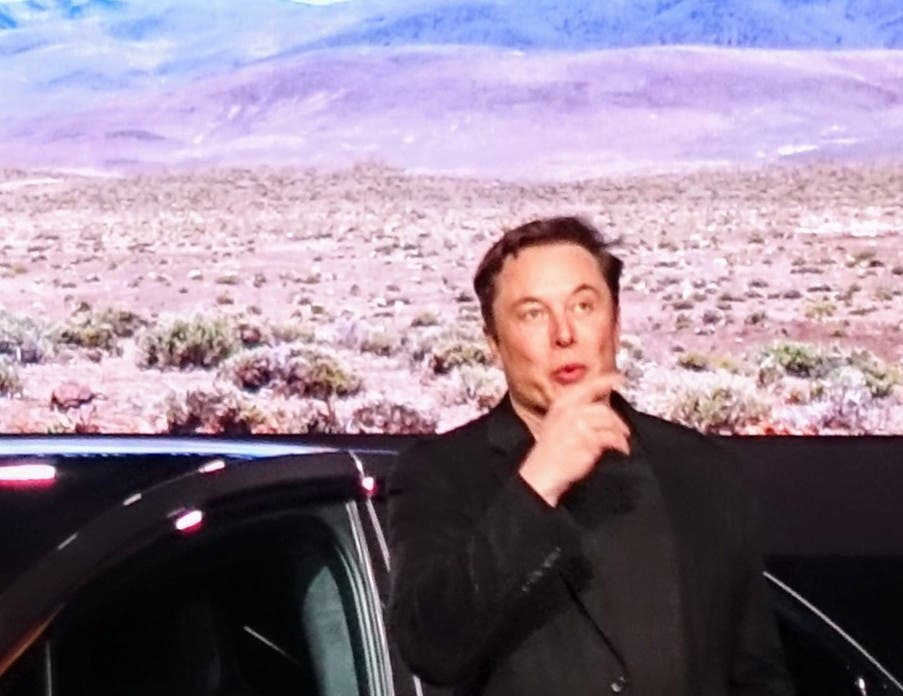 “He’s incredibly authentic, real, human, and kind. He is not ‘selling’ Tesla, SpaceX, or any other company or product he is involved with. He has no standard statements/answers and truly thinks about each individual question. His answers are spontaneous, sometimes a bit long and unstructured, but very insightful and authentic. He said that his biggest mistake was ‘not spending at least 15 minutes with friends on the beach while working tirelessly on the falcon rocket.’

“What also astonished me was that he chose to sleep in the Berlin Factory in a meeting room, because he wanted to be close to the production and team. After a busy day, I need my personal space and privacy to recharge.”

“My personal highlight though was to see and feel that he truly loves life. He wants to create new experiences, make Science-fiction a reality, but he got equally excited about French cheese and talked about enjoying and cherishing the moment. After spending a couple of hours with him, my respect & gratitude grew even more. He is the real deal 🚀.”

Elon Musk received the Axel Springer Award last week and the ceremony creatively simulated what one may experience as the journey toward Mars. The Ernst Cramer conference room inside the Axel Springer House became a Mars spacecraft. The captain of the ship and presenter of the evening, Barbara Schöneberger, wore a SpaceX suit.

In an interview with Mathias Döpfner, Axel Springer’s CEO, Elon shared a timeframe of when he thinks he can send people to Mars. “In six years, maybe in four,” he said. He was also asked about when he would like to go into orbit for the first time. “Next year? I want a city on Mars where people can live, a Plan B. Everyone wants a future that is inspiring. Every child is fascinated by space. When I wake up, I don’t want to just think about problems. I want to think about the future. It sounds cool: born on earth, died on Mars.”

Elon also shared why he chose Germany as a site for a Tesla Gigafactory and spoke about his fears. Elon said that he was a big fan of Germany, had a lot of friends there, and that he liked Berlin. “It is a good location for singles as well as families. Berlin is not that poor, but definitely sexy.”

Elon’s Dedication Of His Award

Thanks for recognizing the great work of the Tesla team! 45,000 people now.

Good summary of Tesla progress in 2018 by @cleantechnica (due to Tesla team, not me though) https://t.co/vZgYts9auG via @cleantechnica

You’re most welcome. Credit to the Tesla team. Will do our best to help in any way.

Many talented engineers are working on FSD at Tesla. What matters is solving vision at high frame rate in our compute space with low latency between camera frame & actuation.

Johnna Crider is a Baton Rouge artist, gem, and mineral collector, member of the International Gem Society, and a Tesla shareholder who believes in Elon Musk and Tesla. Elon Musk advised her in 2018 to “Believe in Good.”

Tesla is one of many good things to believe in. You can find Johnna on Twitter