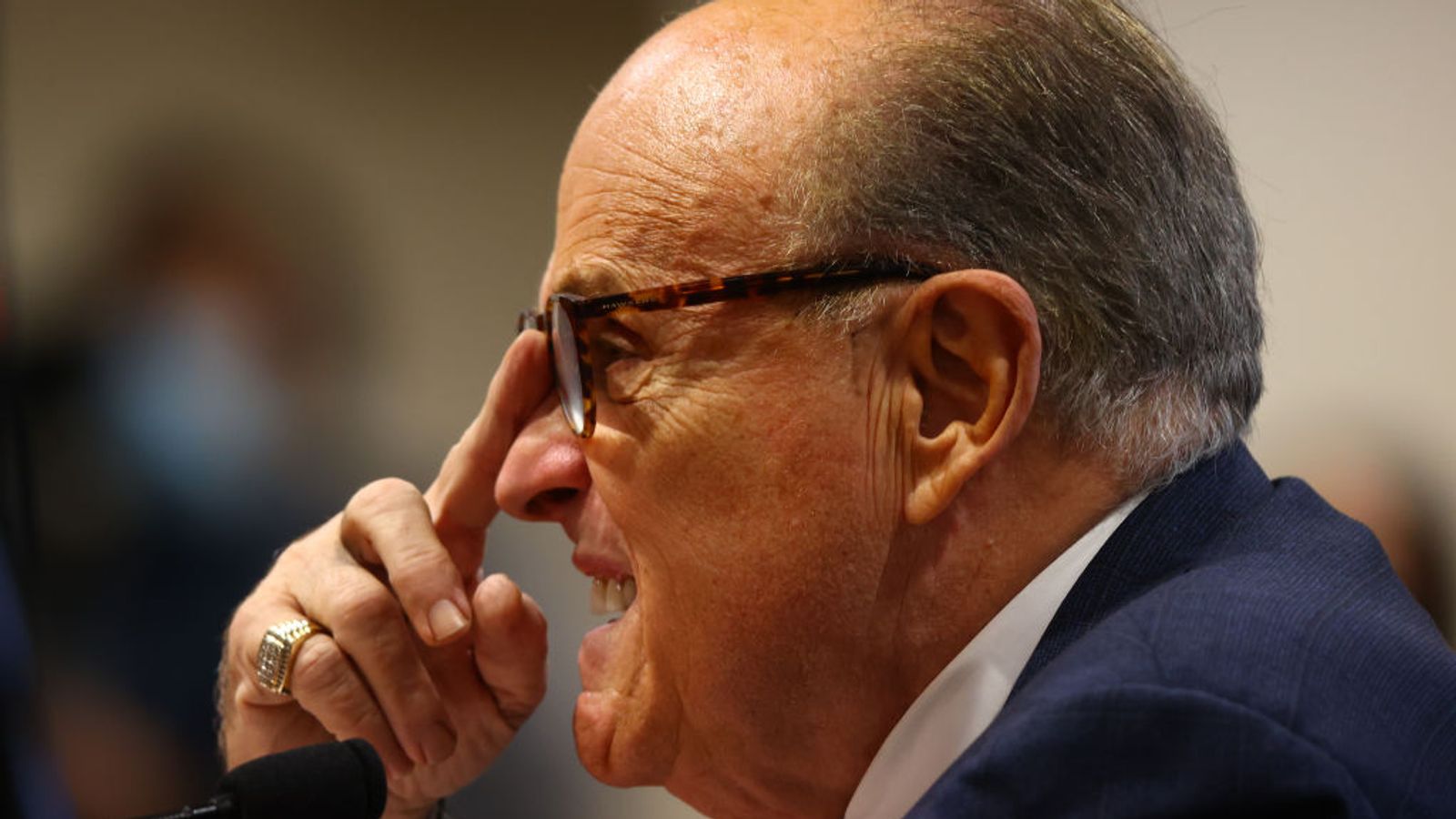 Donald Trump’s lawyer Rudy Giuliani has said he is “getting great care” and “recovering quickly” after testing positive for coronavirus.

The 76-year-old former New York City mayor is the latest member in President Trump’s inner circle to contract the disease that has killed more than 280,000 people in the US.

In a tweet on Sunday afternoon, Mr Trump announced Mr Giuliani’s positive test and wished him a speedy recovery.

“Get better soon Rudy, we will carry on!!!” the president wrote.

Several US sources said Mr Giuliani was exhibiting some COVID symptoms and had been admitted to Georgetown University Medical Centre in Washington DC.

On Sunday night, Mr Giuliani thanked his “friends and followers” for their concern about him.

“I’m getting great care and feeling good. Recovering quickly and keeping up with everything,” he wrote on Twitter.

Mr Giuliani has travelled extensively to battleground states in recent weeks in an effort to help Mr Trump challenge his election defeat.

In Arizona, the state legislature has said it will close for a week, after a maskless Mr Giuliani stood shoulder-to-shoulder with a number of local politicians last Monday.

Georgia state senator, Jen Jordan, a Democrat who attended a hearing with Mr Trump’s lawyer on Thursday expressed his outrage at Mr Giuliani’s diagnosis, saying: “Giuliani – maskless, in packed hearing room for 7 hours. To say I am livid would be too kind.”

The lawyer made an appearance on Fox News on Sunday to speak about his legal challenges in several states on behalf of the president.

.@RudyGiuliani, by far the greatest mayor in the history of NYC, and who has been working tirelessly exposing the most corrupt election (by far!) in the history of the USA, has tested positive for the China Virus. Get better soon Rudy, we will carry on!!!

He has also spent the last four weeks repeating baseless claims that fraud was a factor in Democrat Joe Biden’s victory last month.

Mr Giuliani said at a news conference in November: “The most important thing here is that this has been a massive attack on the integrity of the voting system in the greatest democracy on Earth.

“The people who did this have committed one of the worst crimes that I have ever seen or observed.”

Dark brown streaks of hair dye were seen running down Mr Giuliani’s face at the same conference as he mopped sweat from his brow.

It was the latest in a series of embarrassing events for him.

Mr Giuliani hosted a news conference at Four Seasons Total Landscaping in Philadelphia in November – with the site being opposite a crematorium and next to a sex shop.

The unusual location led to speculation Mr Trump’s campaign had meant to book the nearby Four Seasons Hotel.

Mr Giuliani was also the target of a prank in the new Borat film, where he was lured into a hotel room by a 24-year-old actress. Mr Giuliani’s positive coronavirus test comes months after Mr Trump and his wife Melania each tested positive for the illness in October.

President-elect Biden said on Saturday he will not force Americans to take any vaccine – but did warn the country faces a “bleak future” unless swift action is taken to agree on a coronavirus aid bill.

His comments come as the country is engulfed in a nationwide spike in the virus that is hampering its economic recovery.

Mr Biden also expressed concern that so far he has seen “no detailed plan” from the Trump administration on how to distribute an approved coronavirus vaccine.