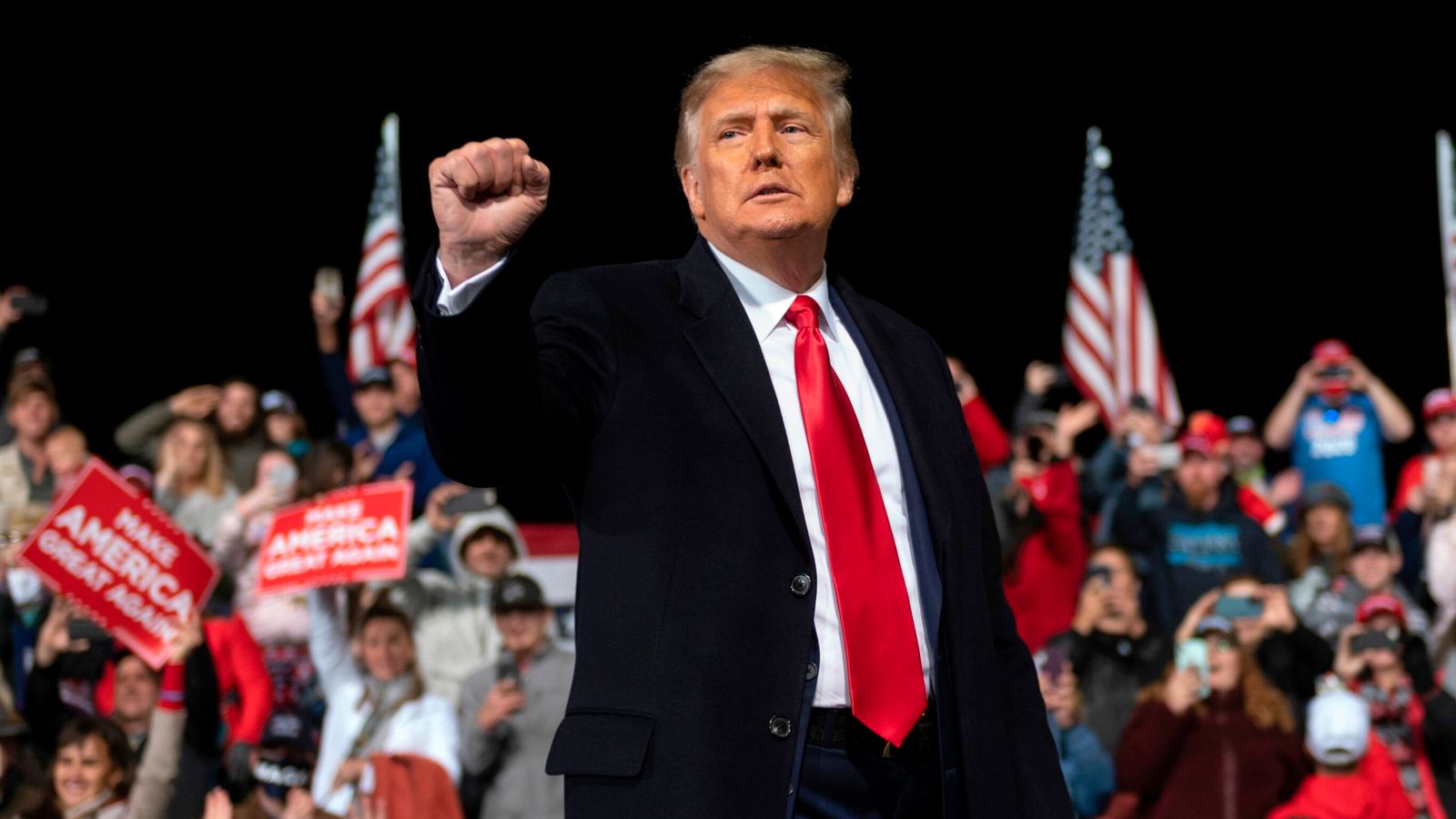 The US president spoke at a rally in Georgia on Saturday – his first since he lost to Democrat rival Joe Biden – to gather votes for two Republican senators.

David Perdue and Kelly Loeffler face run-offs on 5 January but Mr Trump spent more of his 100-minute speech focused on himself and his allegations.

He told the crowd in Valdosta: “They cheated and rigged our presidential election but we’ll still win it. And they are going to try to rig this election too.”

The crowd replied by chanting: “We love you!” and “Four More Years!”

Mr Trump continued: “Let them steal Georgia again, you’ll never be able to look yourself in the mirror.

“If you don’t vote, the socialists and the communists win,” he said. “We can fight for the presidency and fight to elect our two great senators, and we can do it at the same time.”

Republicans need one victory to keep their Senate majority and maintain the power to stop much of Mr Biden’s legislative agenda. Democrats control the House of Representatives and need to win both seats to gain the Senate.

Mr Trump’s claims about Georgia’s voting system, however, have concerned some Republicans who fear voters might think the system is so rigged that there is no point in voting.

Mr Trump briefly praised Ms Loeffler for her support of coronavirus relief spending and Mr Perdue for his support of military spending, but it wasn’t long before he returned to himself.

He listed his own electoral achievements – some real and some imagined, such as his “victory” in Georgia, despite Mr Biden carrying the state by more than 12,000 votes.

Recounts in the state, including a review by hand of around five million ballots, have not found any significant irregularities.

Even the crowd found it difficult to focus on the two Senate hopefuls, chanting “Fight for Trump” over some of their speeches.

Earlier, Mr Trump had spoken with Georgia’s governor Brian Kemp by phone to order a special legislative session and an audit of signatures on absentee ballot envelopes in the state, according to reports.

But Mr Kemp has no power to interfere in the electoral process.

The two had also argued on Twitter, with Mr Trump saying he would “easily and quickly win Georgia” if Mr Kemp would “permit a simple signature verification”.

Mr Kemp said he had “publicly called for a signature audit three times” but Mr Trump said this was not good enough, adding: “Your people are refusing to do what you ask. What are they hiding?”