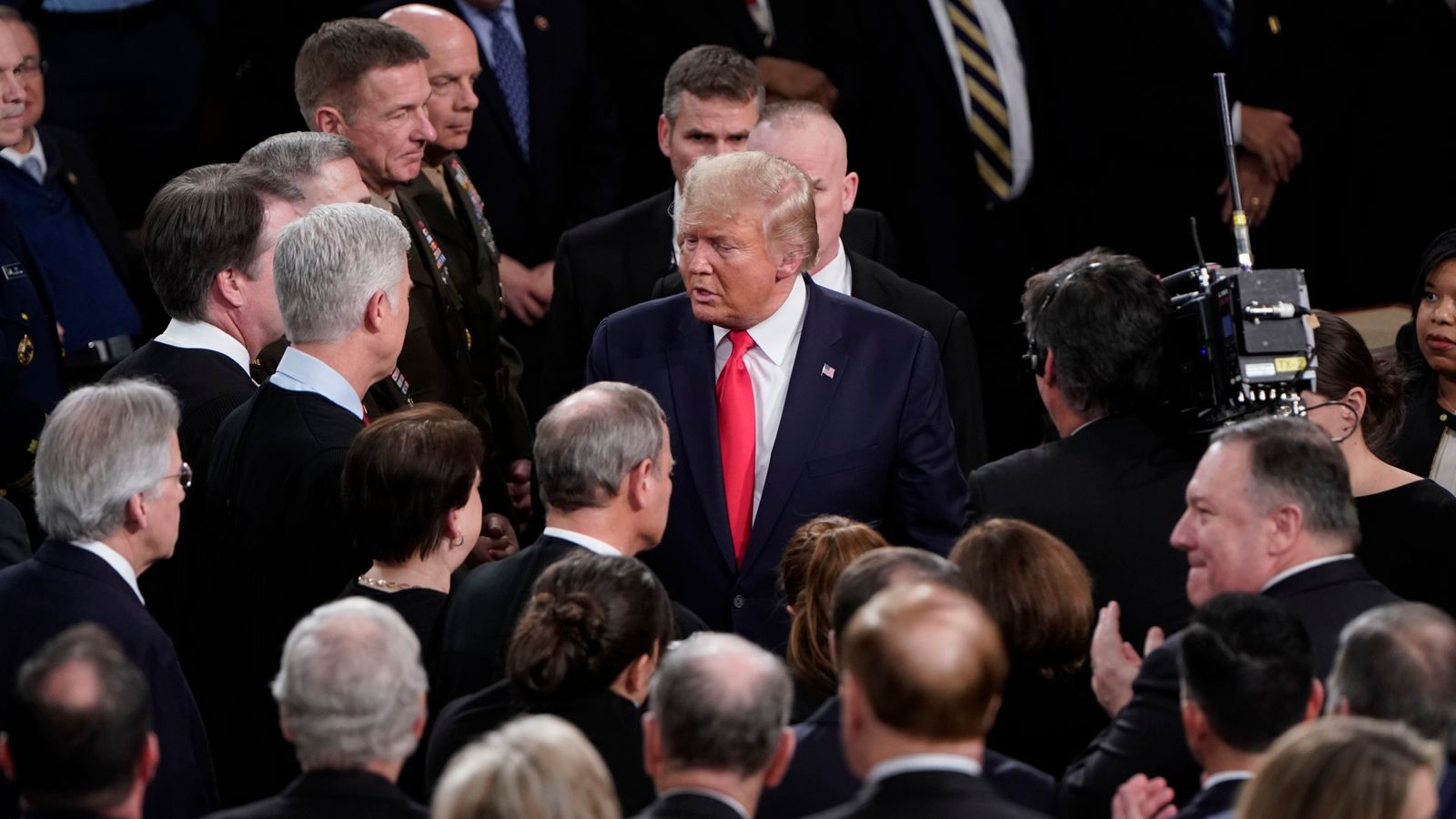 The recording was a worrying insight into the president’s state of mind – seemingly convinced by the many conspiracy theories about why he lost the election, and unwilling to listen to the facts from members of his own party.

For weeks now there have been reports the president had accepted his election loss behind closed doors but was continuing to peddle the narrative that it was stolen to save face and keep donations pouring in. 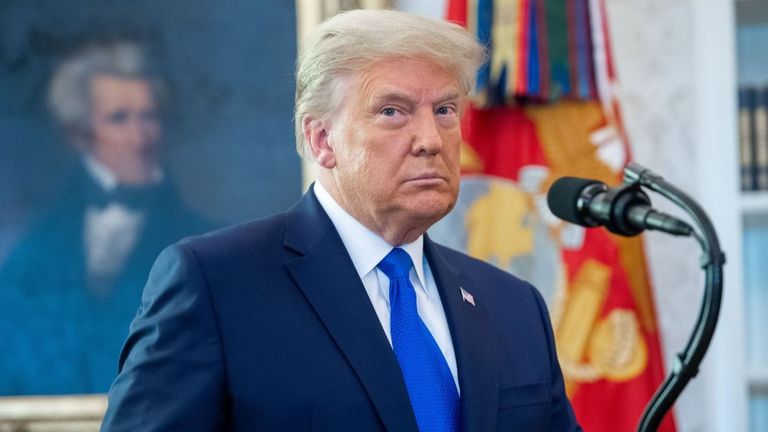 However, the conversation between Mr Trump and Georgia’s Brad Raffensberger indicated he is still actively pursuing ways to overturn the election. And the president’s veiled threat suggests he’s willing to play dirty.

Among a barrage of tweets on Sunday, he urged his supporters to converge on Washington DC for a protest march against the election result on Wednesday.

He tweeted: “I will be there. Historic day!”

But the pro-Trump rallies drawing demonstrators to the capital threaten to turn violent, with members of armed right-wing groups also pledging to attend.

Wednesday’s protest coincides with a vote in Congress to certify Mr Biden’s victory. It’s usually a ceremonial proceeding but a dozen Republican senators say they plan to object, and are calling for an electoral commission to carry out an emergency audit of votes in contested states.

Vice President Mike Pence, who will preside over Wednesday’s vote, has also supported their challenge.

There is no credible evidence to support anything other than a decisive Joe Biden victory and this latest move by Republican senators, led by Ted Cruz of Texas, will inevitably fail.

So why are these lawmakers planning to contest Wednesday’s vote? Do they really agree with this theory the election was cheated?

Some of those challenging the result are rising stars in the Republican Party and their move is seen as an attempt to win favour with President Trump and his loyal base of supporters. Critics are accusing them of putting their political ambition ahead of their constitutional responsibility.

The claims of fraud have been rejected by the former attorney general and electoral officials on both sides.

Court after court has thrown out legal challenges from the Trump campaign, including the Supreme Court with its conservative majority.

Mr Biden won by more than seven million votes nationally and gained 74 more electoral college votes than Mr Trump – the same margin of victory Mr Trump repeatedly called a “landslide” when it favoured him in 2016.

Protests by Trump supporters and challenges by Republican politicians won’t change the outcome of the election.

Donald Trump will be succeeded, but it seems Trumpism may be here to stay. And his greatest legacy will likely be the erosion of trust in American democracy.