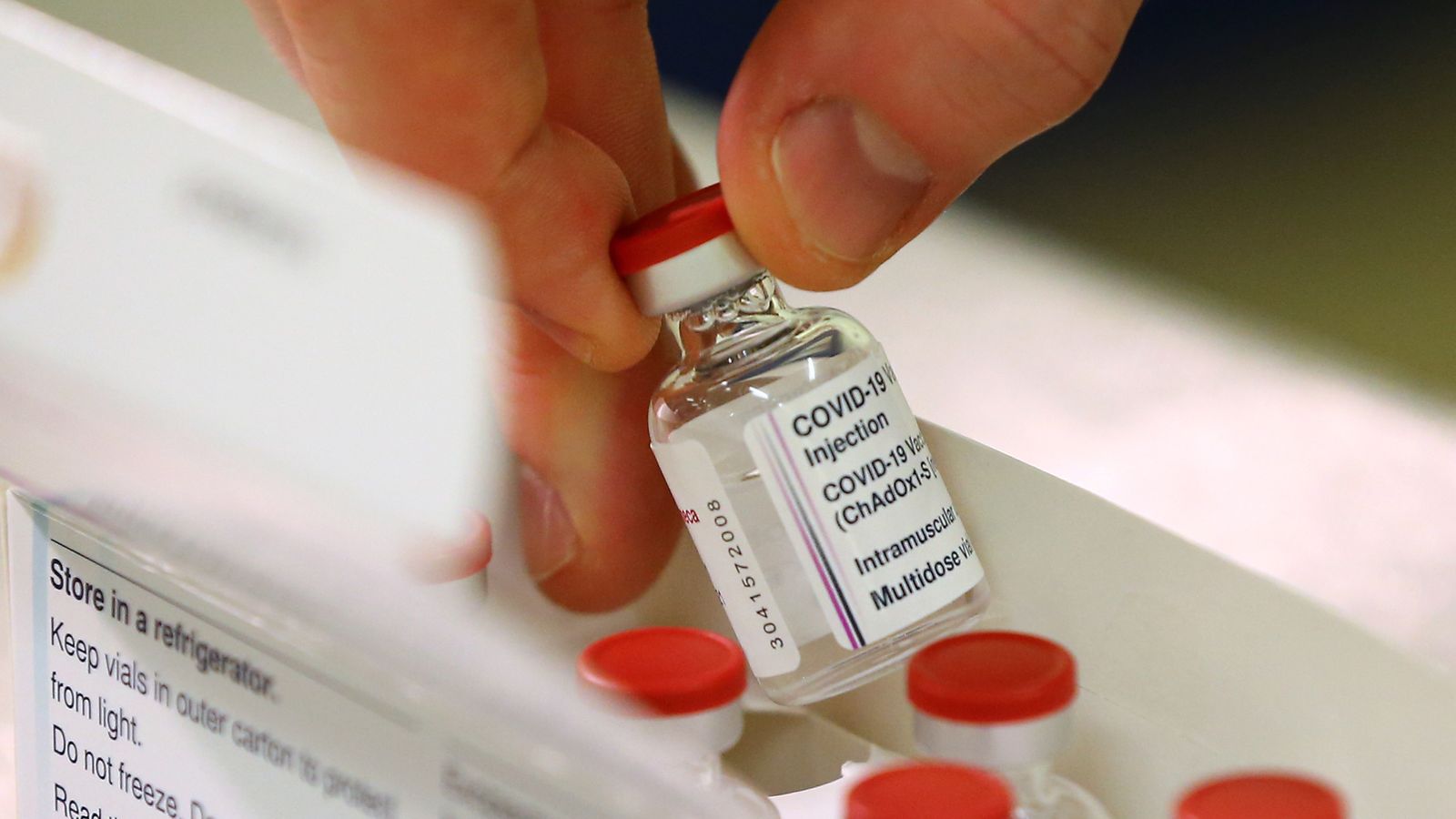 Boris Johnson says he expects “tens of millions” of coronavirus vaccine jabs to be administered in the UK over the next three months.

The prime minister said the government hoped to give up to two million doses a week as it tries to get the country’s COVID-19 epidemic under control.

On Monday, there will be 530,000 doses of the Oxford University/AstraZeneca vaccine at around 540 GP vaccination sites and 101 hospital sites, he said.

It is being rolled out across the country from tomorrow and the UK has a total of 100 million doses on order.

The vaccine can be stored at normal fridge temperature and experts say it is “much easier” to administer when compared with the jab from Pfizer/BioNTech, which needs cold storage of around -70C.

More than a million people have already been given a first dose of the Pfizer/BioNTech vaccine since it was approved early in December.

“There are a few million more Pfizer (vaccines) still to be used,” Mr Johnson added, saying that both vaccines are being rolled out “as fast as we can”.

He told the BBC’s Andrew Marr programme: “We have the prospect of vaccines coming down the track in their tens of millions”. But he warned it is a “very bumpy period right now” due to rising coronavirus infections and tough restrictions.

Mr Johnson said a mass vaccine programme was the way out of the tiering system.

He said: “What we are doing now is using the tiering system, which is a very tough system… and, alas, probably about to get tougher to keep things under control. But, we will review it.”

And he said it was “absurd” that retired doctors were being asked to go through “pointless bureaucracy” to sign up as vaccine volunteers.

There have been reports of potential volunteers being deterred by additional training and forms about “deradicalisation measures” and “fire drills”. 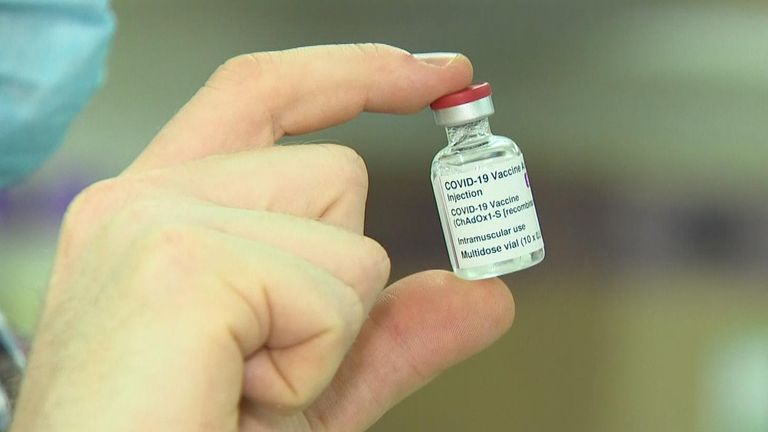 Second doses will take place within 12 weeks of the first – rather than the 21 days initially planned – in an effort to maximise coverage and expand the number of people getting the first vaccination.

He told the Mail on Sunday: “The evidence clearly shows vaccinated individuals get almost complete protection after the first dose. Simply put, every time we vaccinate someone a second time, we are not vaccinating someone else for the first time.

“It means we are missing an opportunity to greatly reduce the chances of the most vulnerable people getting severely ill from COVID-19.”

They said: “Currently the main barrier to this is vaccine availability, a global issue, and this will remain the case for several months and, importantly, through the critical winter period. Vaccine shortage is a reality that cannot be wished away.”

And last month, Professor Van-Tam said a shortage of “fill and finish” materials needed to produce and package vaccines could slow down the national rollout.

At a Downing Street news conference, he said: “Many of you know already that it’s not just about vaccine manufacture. It’s about fill and finish, which is a critically short resource across the globe.”

One of the first hospitals to get the Oxford vaccine on Saturday morning was the Princess Royal Hospital in Haywards Heath, part of Brighton and Sussex University Hospitals NHS Trust.

Dr George Findlay, chief medical officer and deputy chief executive at the trust, said: “We started vaccinating on our other hospital site a few weeks ago. It has been seen as a really positive step, something that gives staff more confidence to come to work.

“You only have to look at the statistics over the last 10 months about how many staff have suffered illness, or sadly lost their lives.

“This gives staff the confidence to come to work to be able to look after patients.”