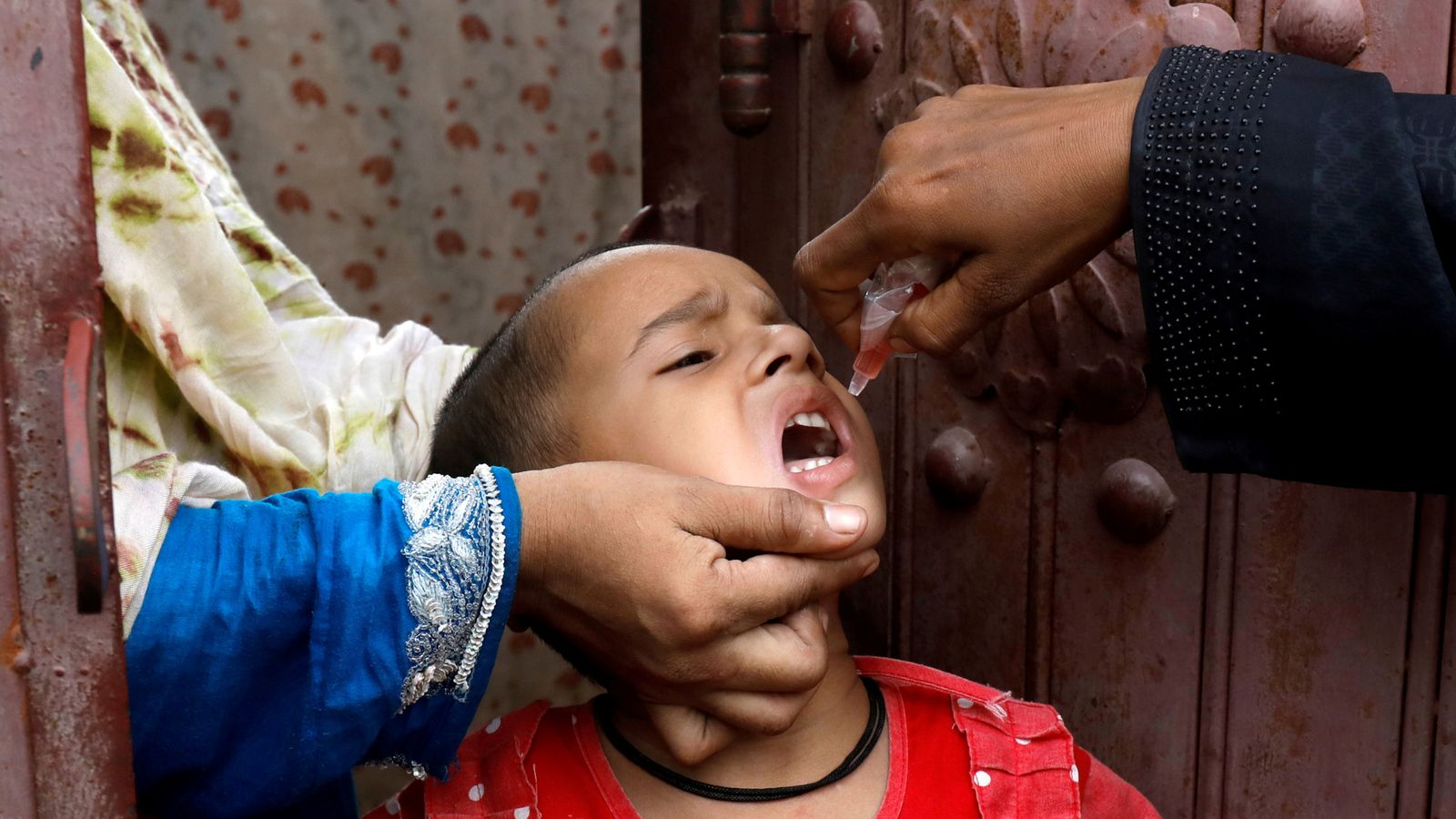 Pakistan has started a five-day vaccination campaign to try to protect tens of millions of children against polio.

The coronavirus threat will make things more challenging than previous efforts, with workers having to wear masks and gloves as they go door to door around the country.

It’s hoped 40 million children can be vaccinated and vitamin A drops will also be given to “help build general immunity”, said spokesman Zulfiqar Babakhel.

The Taliban and other militants have claimed anti-polio efforts are part of a Western conspiracy to collect intelligence or sterilise children.

They have previously attacked health workers and the security forces escorting them.

Along with Afghanistan, Pakistan is the only country where polio is still endemic after Nigeria was declared free of the virus last year.

It is hoped 2021 will be the year when it can finally rid itself of the highly contagious infection – which causes temporary or permanent paralysis in some cases and can be life-threatening.

Pakistan recorded only 12 cases in 2018, but there has been a surge in cases since then. To eradicate polio, more than 90% of children must be vaccinated.

The ongoing COVID-19 pandemic means social distancing will be vital during Pakistan’s vaccination effort – especially as cases and deaths there have recently seen a steady rise.

However, it has still fared better than many Western countries, recording more than 504,000 cases of the virus and
under 11,000 deaths.

Momentum for protest is growing in Russia
At least 32 killed and dozens injured in twin suicide attack in Baghdad
US says China is committing genocide against Uighurs and other ethnic minorities
‘I do solemnly swear’: Biden takes oath of office to become America’s 46th president
Into The Grey Zone: Hostile states and criminals using ‘huge amount of innovation’