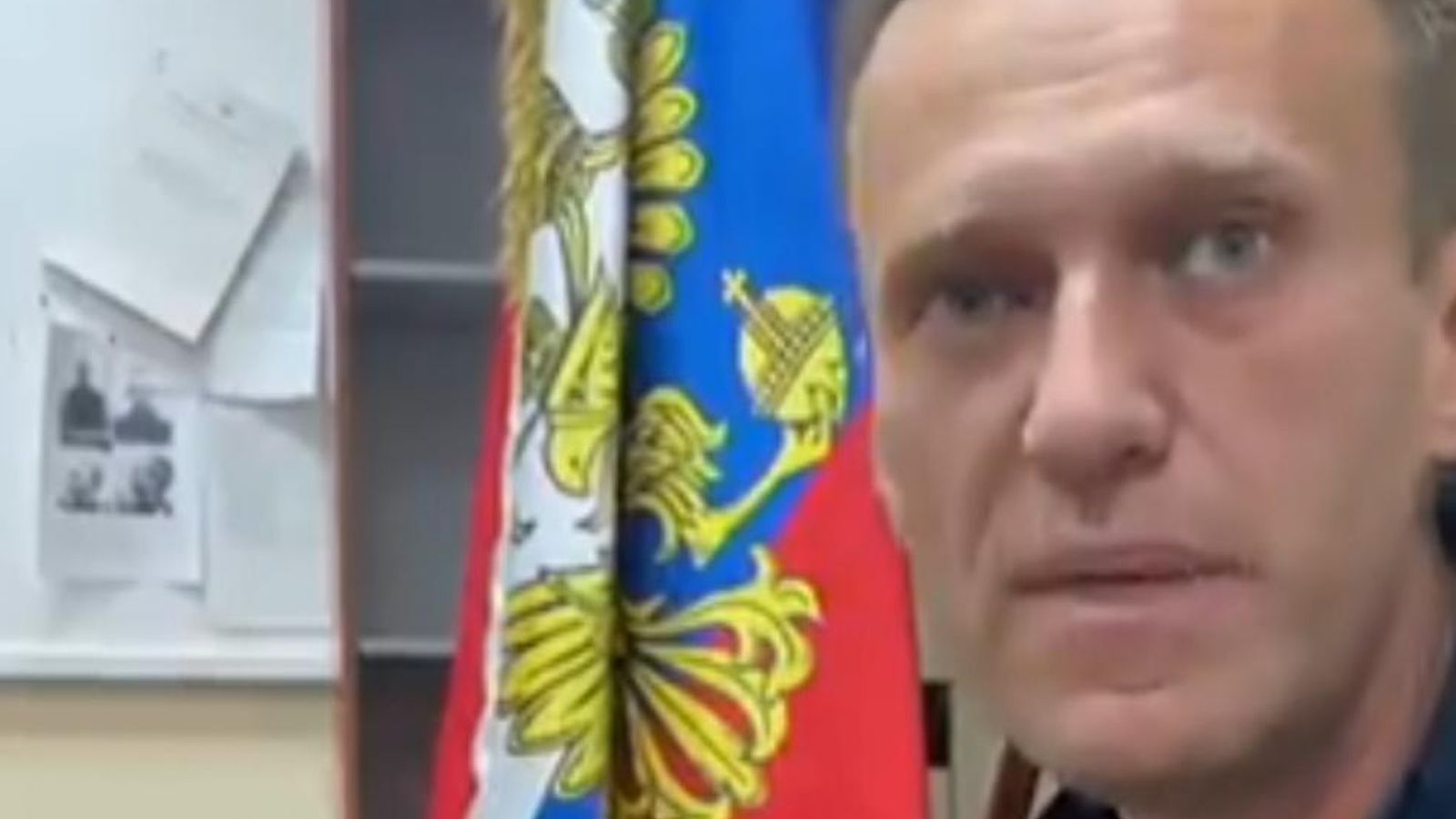 Putin critic Alexei Navalny has urged Russians to “take to the streets” after a judge ordered he be detained for at least 30 days.

In a video clip released after the ruling, he said: “Don’t be afraid, take to the streets. Don’t go out for me, go out for yourself and your future.”

The sentence came following an hour-long, ad-hoc hearing – held in a police station in Khimki, outside Moscow – on Monday afternoon. Mr Navalny described the proceedings as the “highest level of lawlessness”.

The 44-year-old was originally detained on arrival at Moscow’s Sheremetyevo airport on Sunday, after spending five months in Germany recovering from novichok poisoning.

Mr Navalny, who is one of Vladimir Putin’s most outspoken critics, blames Moscow for the attack that nearly killed him, although the Kremlin denies any involvement.

His detention was widely expected because Russia’s prisons service said he had violated parole terms from a suspended sentence on a 2014 embezzlement conviction.

But it has drawn widespread condemnation from western leaders, with the UN telling Russia to immediately let Mr Navalny go.


Moment Navalny is detained after landing in Russia

He said: “It is appalling that Mr Navalny has been detained by the Russian authorities and he must be immediately released.

“Rather than persecuting Mr Navalny, Moscow should fulfil its obligation under international law to investigate and explain the use of a chemical weapon on Russian soil.”

In a statement shared on Twitter, she added: “Detention of political opponents is against Russia’s international commitments.

“We will monitor the situation closely.”

I condemn the detention of Alexei Navalny by the Russian authorities. They must immediately release him and ensure his safety.

Detention of political opponents is against Russia’s international commitments. pic.twitter.com/RRATmAHVvn

Mike Pompeo, US secretary of state, said Washington “strongly condemns” the decision to arrest Mr Navalny and called his detention “the latest in a series of attempts to silence Navalny and other opposition figures and independent voices who are critical of Russian authorities.”

He added on Twitter that he was “deeply troubled” by the move.

“Confident political leaders do not fear competing voices, nor see the need to commit violence against or wrongfully detain, political opponents,” he said.


‘They tried to kill me,’ says Kremlin critic

“Mr Navalny should be immediately released, and the perpetrators of the outrageous attack on his life must be held accountable,” Jake Sullivan said in a tweet.

Moscow has dismissed the criticism.

Russian foreign minister Sergei Lavrov said that Western countries’ expressions of outrage were designed to distract their citizens from their own domestic problems.

Meanwhile, foreign ministry spokeswoman Maria Zakharova wrote on Facebook: “Respect international law, do not encroach on national legislation of sovereign states and address problems in your own country.”

On leaving Berlin on Sunday, Mr Navalny said he didn’t think he would be arrested as he had “every right” to return to his home country.

The arrest raises tensions in Russia as it approaches national parliament elections this year, in which Mr Navalny’s organisation is expected to be active in trying to defeat pro-Kremlin candidates.

“This is a real act of bravery for Alexei Navalny to return to Russia, given that government agents already tried to kill him once,” Human Rights Watch executive director Kenneth Roth tweeted.

“But he understandably wants to be part of the pro-democracy movement in Russia, not a dissident in exile.”

Mr Navalny fell into a coma while aboard a domestic flight from Siberia to Moscow on 20 August.

He was transferred to a hospital in Berlin two days later.

Labs in Germany, France and Sweden tested the substance he was exposed to.

It was established he was poisoned with a Soviet-era novichok nerve agent – the same kind of substance used against Sergei and Yulia Skripal, a former Russian double agent and his daughter, in a 2018 poisoning in Salisbury.