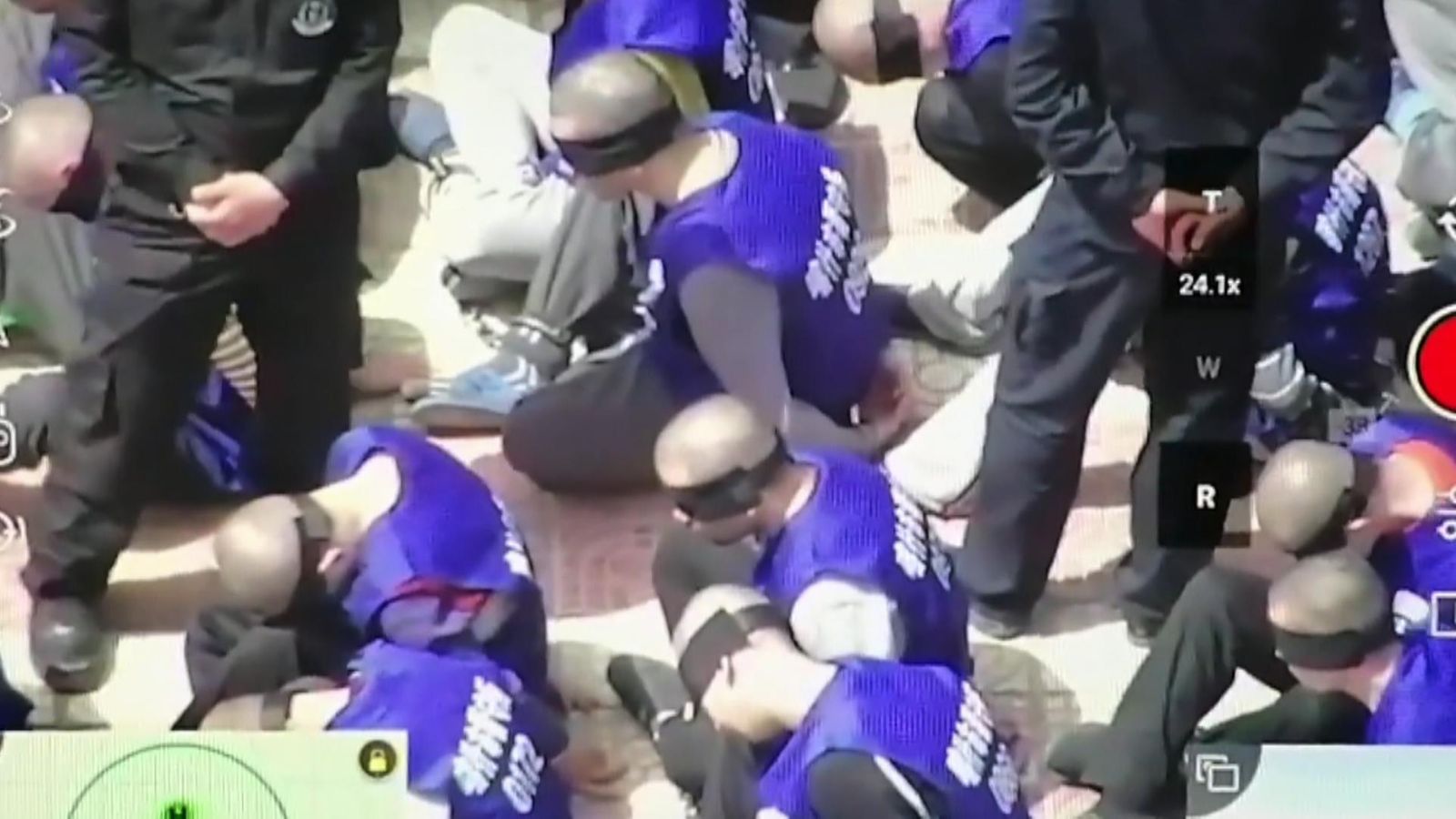 The US State Department has declared that China is committing genocide and crimes against humanity in a campaign targeting Uighurs and other ethnic minorities in Xinjiang.

In a statement, outgoing Secretary of State Mike Pompeo said: “I believe this genocide is ongoing, and that we are witnessing the systematic attempt to destroy Uighurs by the Chinese party-state.”

The designation was made in the dying hours of the Trump administration. But the incoming Biden team had previously voiced its support for such a definition, labelling the repression of Uighurs genocide in August last year.

And although Joe Biden’s nominee for secretary of state, Antony Blinken, has pledged to reverse a host of President Trump’s foreign policy measures, he said that he agreed with Mr Pompeo’s determination.

In his determination of crimes against humanity, Pompeo cited “the arbitrary imprisonment or other severe deprivation of physical liberty of more than one million civilians, forced sterilisation, torture of a large number of those arbitrarily detained, forced labour, and the imposition of draconian restrictions on freedom of religion or belief, freedom of expression, and freedom of movement”.

Beijing is likely to react furiously. At a press conference held last week in the Chinese capital, Communist Part official Xu Guixiang said: “This utterly untethered fabrication of ‘genocide’ regarding Xinjiang is the conspiracy of the century.”

Analysis: Condemnation of China might be the only point of consensus between Biden and Trump

The US labelling China’s treatment of Uighurs and other minorities as genocide is the most significant intervention on the issue. It might get lost in the pageantry of today’s inauguration, and the pressing domestic concerns of the US, but it will reverberate for months and years to come.

China’s reaction is guaranteed to be apoplectic. But it will seek to portray the genocide designation as motivated by politics, the last gasp of an outgoing administration and the personal vendetta of Mike Pompeo – public enemy number one in Chinese propaganda.

Critics elsewhere might agree with some of that. The Trump administration was not well known for its protection of minorities and human rights, whether at home or abroad. The US ignored calls to declare Myanmar’s treatment of the Rohingya as genocide, for example.

The designation isn’t too much of a curveball for the Biden administration, which has voiced its agreement – perhaps the only point of consensus between two vastly different administrations. For all the division in the US, it is united on China.

But it might make things more difficult for America’s allies. The British government narrowly defeated an amendment to legislation that would have added a genocide clause to trade bills, a clause aimed squarely at China. And the EU has recently concluded its own massive trade deal with China. The Biden administration may take a dim view of all that, and the genocide designation adds more moral heft.

In practical terms, the designation legally allows the US to take some new measures, although none of those are massive. The power is in the symbolism. And that symbolism may be most apparent in a year’s time, when the 2022 Winter Olympics begin in Beijing.

It’s hard to imagine Team USA competing in a country the US government accuses of ongoing genocide. Would other countries join that boycott?

US police uncover ‘possible plot’ by militia to breach Capitol
‘Look beyond our differences’: Pope Francis meets with senior Iraqi Shia cleric
Followers of ‘doomsday cult’ QAnon believe Donald Trump will retake power today
US aiming to have COVID vaccines for all adults ‘by end of May’, Biden says
Tsunami warnings ease after one of the strongest earthquakes in modern history hits New Zealand