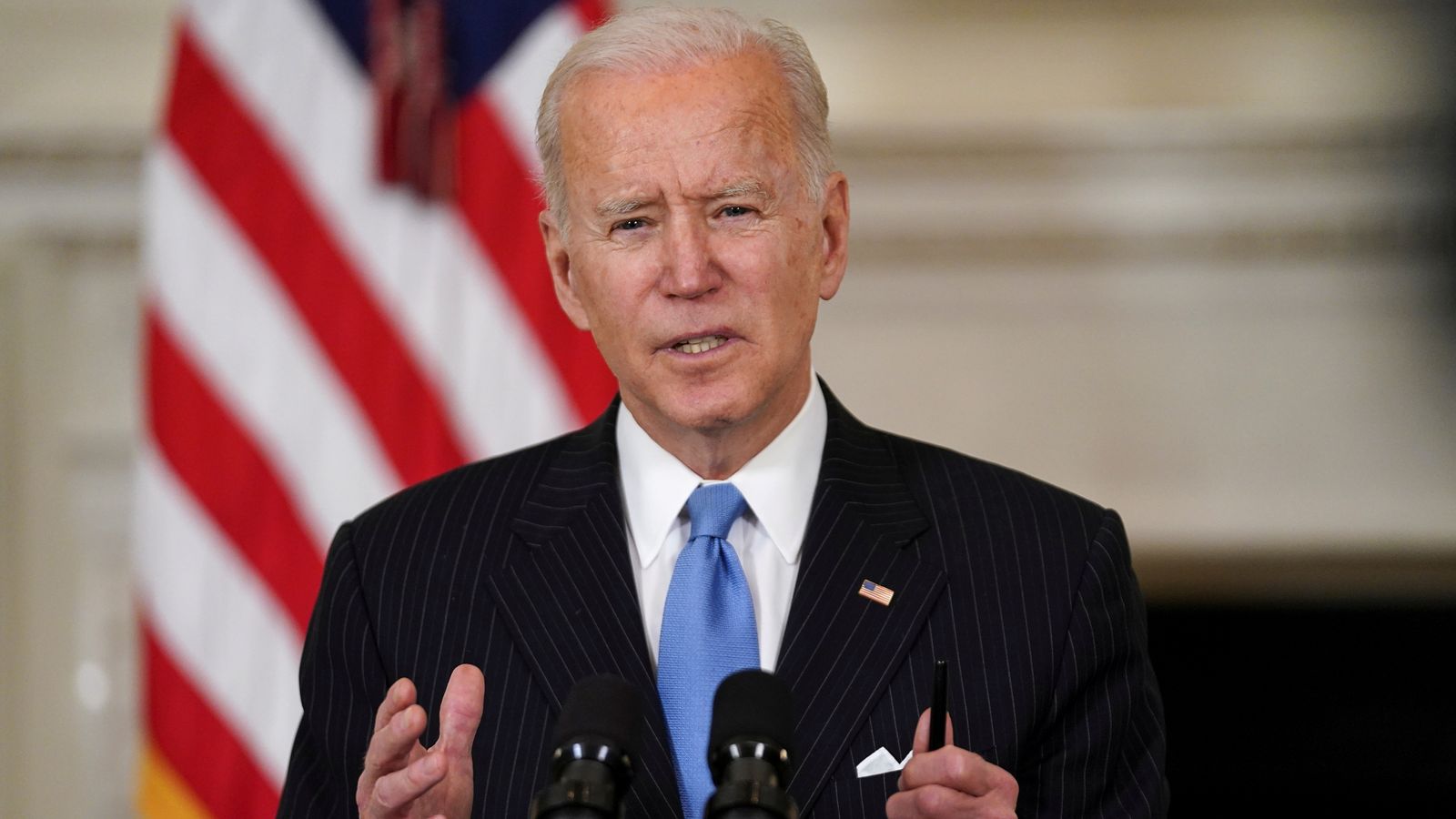 The US will have enough COVID vaccines for all adults by the end of May, Joe Biden has said.

But in a speech at the White House on Tuesday, the US president admitted the country is unlikely to get back to normal until this time next year.

Mr Biden also directed states to make sure all teachers and school workers receive at least one dose by the end of March.

To help achieve those stiff vaccine targets, he announced drug maker Merck & Co will help produce rival Johnson & Johnson’s newly approved vaccine, in a spirit of co-operation he likened to that of World War Two.

Mr Biden said: “We’re now on track to have enough vaccine supply for every adult in America by the end of May.

A death warrant for Texans.

Add them to the 44,000+ killed as he failed to confront the pandemic & botched the vaccine rollout.

And those who froze to death because he cares more about energy companies’ profits than keeping Texans alive.

Abbott is killing the people of Texas. https://t.co/2idUcqSjJT

“My hope is by this time next year we’re going to be back to normal,” he said, adding that maybe it could come sooner.

“Our goal is to do everything we can to help every educator receive a shot this month, the month of March.”

The end of May is two months earlier than the original estimate of the end of July.

Johnson & Johnson, which has faced “unexpected production issues”, officials have said, shipped out four million doses of its vaccine on Monday, with 16 million more doses expected by the end of the month.

Experts say it can be a “game changer,” especially because it only requires one dose and can be kept in normal fridges, while other two vaccines require ultra-cold storage conditions.

The company has promised to deliver 100 million doses by the end of June.

More than 800,000 doses of the J&J vaccine will also be sent to pharmacies this week, seen as key to getting the country’s teachers vaccinated to help reopen schools.

Mr Biden said that while it is safe to reopen schools before staff have been vaccinated, “time and again, we’ve heard from educators and parents that have anxieties about that”.

“Let’s treat in-person learning as the essential service that it is,” Mr Biden said.

Mr Biden has prioritised tackling the pandemic since taking office last month, signing 10 executive orders on his first day aimed at curbing the spread of infections.

It comes as several states, including Texas, drop mask mandates for citizens and allow businesses to start trading again out as they look to reopen as soon as possible.

There have been more than 28 million coronavirus cases in the US since the pandemic began and more than 500,000 deaths from the disease, making it by far the worst-affected country.