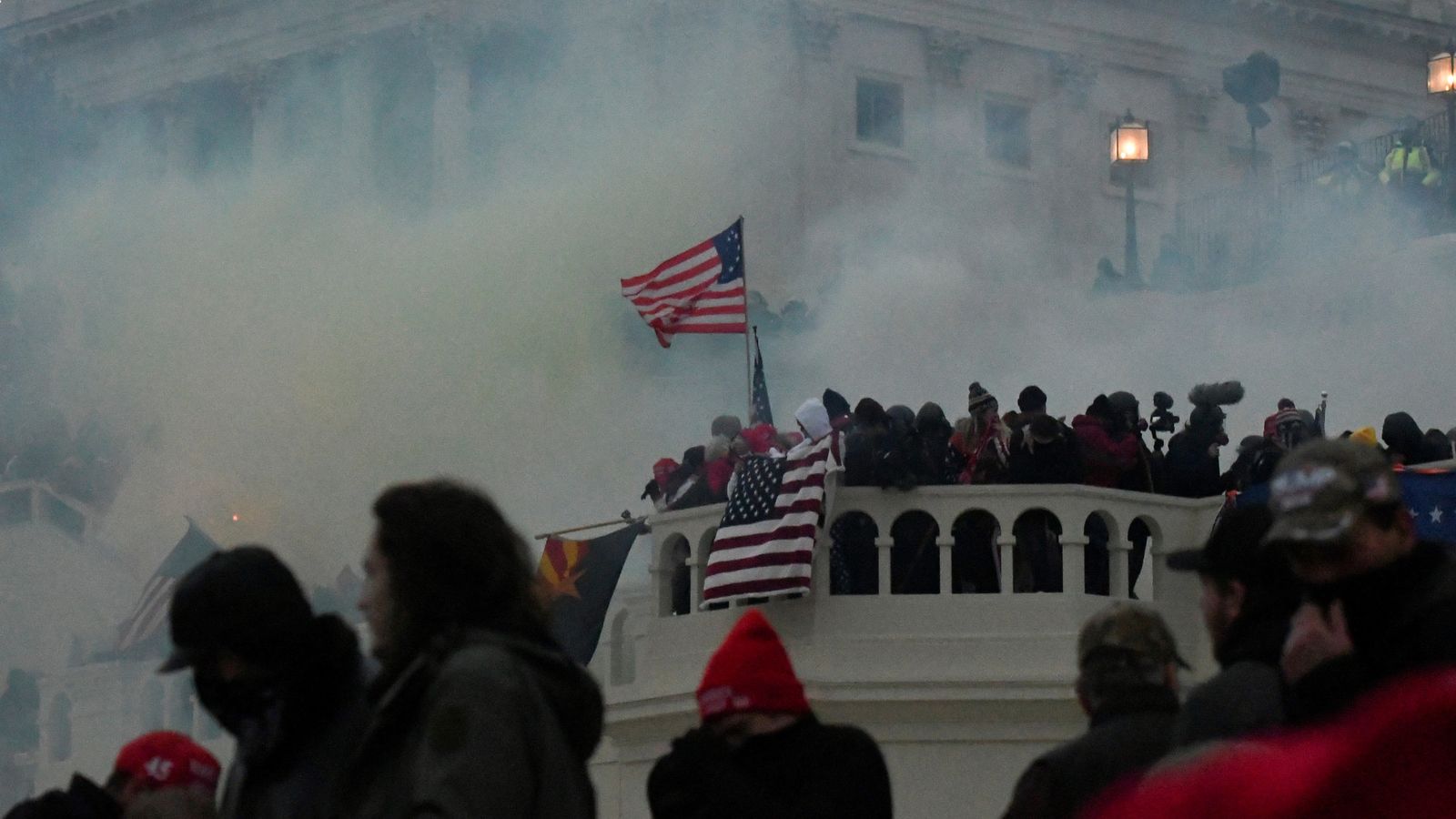 Police say they have intelligence showing a “possible plot” by a militia group to breach the US Capitol on Thursday.

A US Capitol Police statement did not name the organisation but called it “an identified militia group”.

It follows an advisory sent to members of Congress by the acting House sergeant-at-arms earlier this week, saying Capitol Police had “no indication that groups will travel to Washington DC to protest or commit acts of violence”.

“The United States Capitol Police Department is aware of and prepared for any potential threats towards members of Congress or towards the Capitol complex,” the agency said in a statement.

“We have obtained intelligence that shows a possible plot to breach the Capitol by an identified militia group on Thursday March 4.”

The statement said the agency was “taking the intelligence seriously” but provided no other specific details on the threat.

It comes at the same time the acting police chief is testifying before a House subcommittee.

The threat comes nearly two months after thousands of supporters of then-President Donald Trump stormed the Capitol in a violent insurrection as Congress was voting to certify Joe Biden’s electoral win.

So far, around 300 people have been charged with federal crimes for their roles in the riot and five people, including Brian Sicknick a Capitol Police officer, died.

The threat appears to be connected to a far-right conspiracy theory, mainly promoted by supporters of QAnon, that Trump will rise again to power on 4 March, which was the original presidential inauguration day, until 1933 when it was moved to 20 January.

Capitol Police say it had stepped up security around the complex since January’s insurrection, adding physical security measures such as fencing topped with razor wire and members of the National Guard, who remain at the complex.