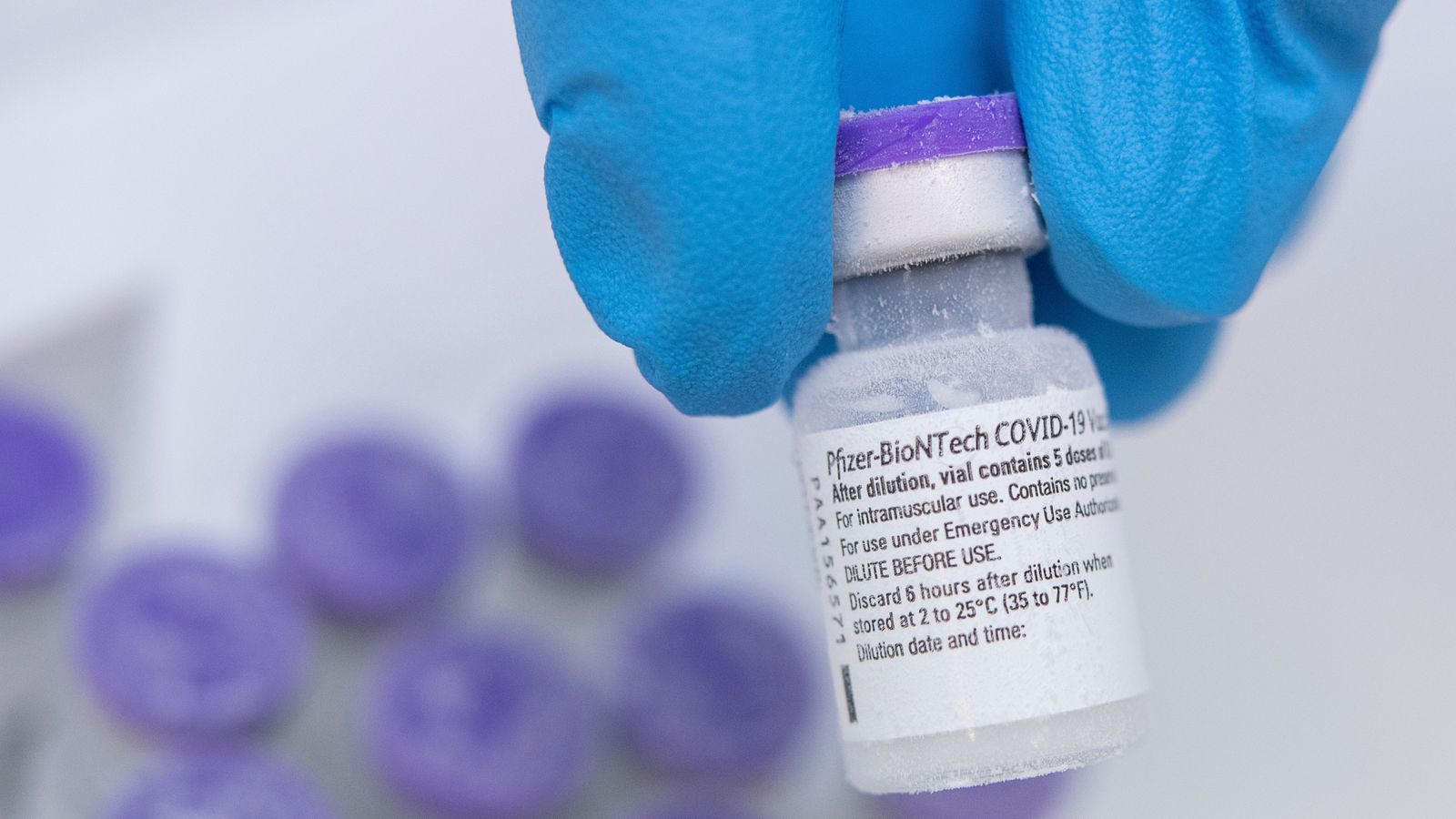 The Pfizer/BioNTech coronavirus vaccine was able to combat the Brazil variant of COVID-19, it has been revealed.

Scientists tested the blood of people who had received the jab and found it fared well against a laboratory made version of the virus similar to the one first discovered in Brazil.

The research, published in the New England Journal of Medicine, could calm fears about the P.1 variant, which has been found to spread more quickly than other types of the coronavirus since it emerged in South America.

Scientists from the two medical companies and the University of Texas created a version of the virus that had the same spike protein mutations as the P.1 variant.

This is what was tested in the blood of those who had been vaccinated.

The scientists found the antibodies from the blood was able to neutralise the test virus.

Other studies showed that the Pfizer/BioNTech jab worked against variants of the coronavirus first discovered in the UK and South Africa – although the South African variant may reduce the protective antibodies stimulated by the vaccine.

Pfizer has said that it believes its current inoculation is highly likely to still provide protection against the South African variant.

But the pharmaceutical giant is planning to test a third booster dose of its jab as well as creating a version of the drug specifically designed to combat the variant.