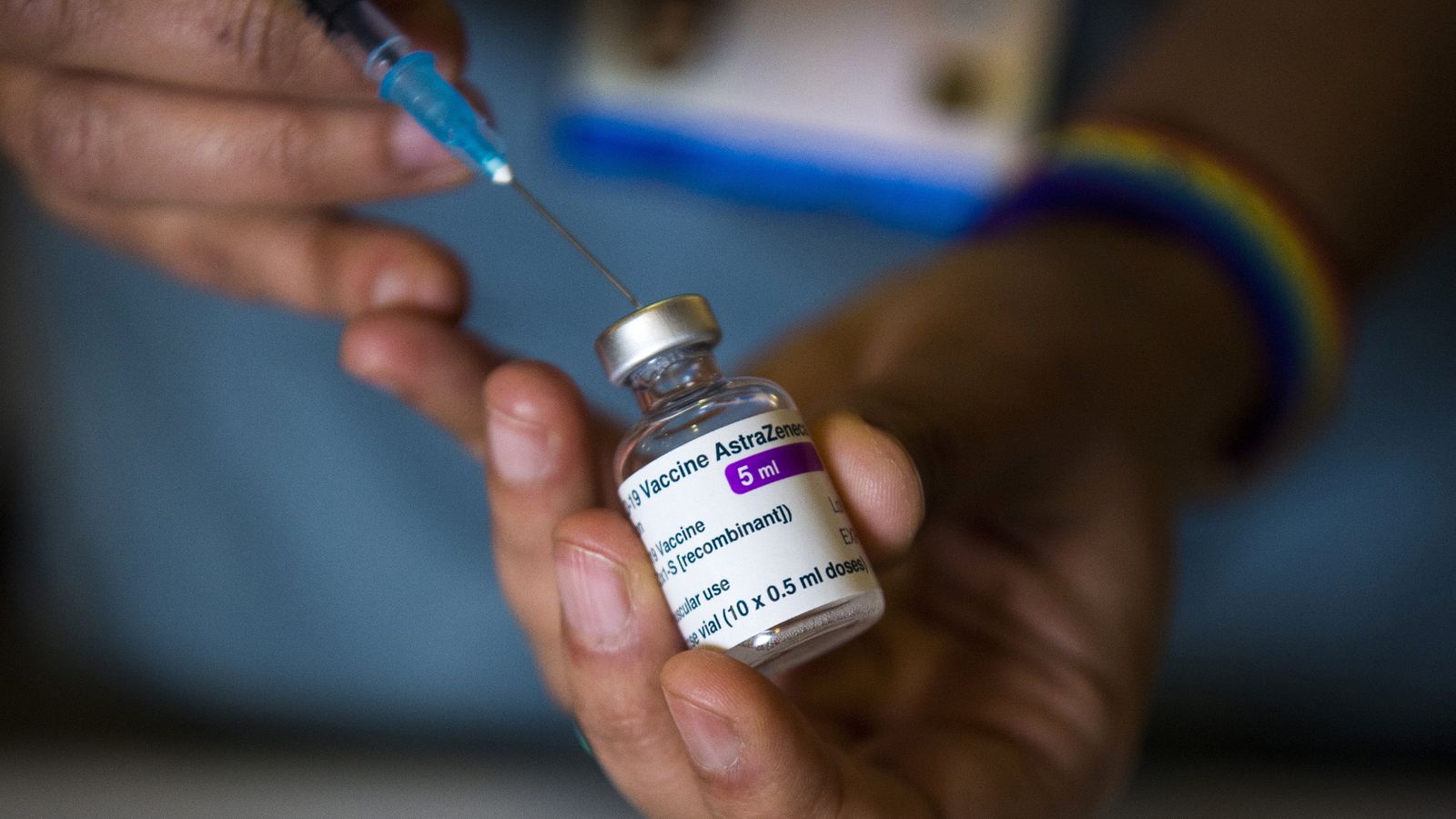 The World Health Organization (WHO) is urging countries to continue using the Oxford-AstraZeneca COVID-19 vaccine – as global medical experts meet to discuss reports of blood clots.

UK leaders and medical professionals have joined in their defence of the Oxford-AstraZeneca vaccine after some European countries – including Germany, Italy, Spain, the Netherlands, France and Sweden – paused its use due to concerns over possible adverse side effects.

Prime Minister Boris Johnson said there was “no reason at all” to stop the vaccine’s rollout and Scottish First Minister Nicola Sturgeon said she would accept her jab “without hesitation” when called on.


‘Don’t panic’ over vaccine side effects says WHO

And the European Union’s medical regulator has also weighed in – insisting the vaccine’s benefits outweighed the risk of side effects.

Now, France has said it expects inoculations there to resume after a European Medicines Agency (EMA) meeting later on Tuesday.

Blood clots and the Oxford-AstraZeneca jab: What does the data say?

The EMA said “many thousands of people” develop blood clots every year in the EU and “the number of thromboembolic events overall in vaccinated people seems not to be higher than that seen in the general population”.

Sky News science correspondent Thomas Moore said that out of the five million people who have had the vaccine across the continent, there have been 30 reports of blood clots.

He added: “In a population of that size, you’d expect one in 1,000 or around 100 a week developing a blood clot, even without vaccination.”

Both the WHO and the EMA are meeting separately on Tuesday to discuss the issue.

The EMA has been working closely with AstraZeneca, experts in blood disorders, and authorities including the UK’s Medicines and Healthcare products Regulatory Agency (MHRA) and will report those findings in preparation for an extraordinary meeting on Thursday to consider any further action that may be needed.

Mr Johnson described the MRHA as “one of toughest and most experienced regulators in the world”.

“They see no reason at all to discontinue the vaccination programme… for either of the vaccines that we’re currently using,” he said.

Dr Soumya Swaminathan, WHO’s chief scientist, told a media briefing “we do not want people to panic”, as she said no association has been found so far between blood clots and COVID-19 vaccines.

She said the rates at which blood clots have occurred in people who received the AstraZeneca vaccine “are in fact less than what you would expect in the general population”.

Clinical epidemiologist Dr Deepti Gurdasani said she believed the European countries’ decision to pause the AstraZeneca rollout was out of “an abundance of caution”.

Dr Gurdasani told Sky News there is no evidence so far of a link, but that because public confidence has “taken a hit” it is “important” the concerns are investigated “thoroughly but quickly”.

However, she added that even if the vaccine is found to cause a small number of incidents, people should still take the jab.

“The benefit of taking the vaccine far outweighs the risk, even if these events were linked to the vaccine – which we don’t know that they are at the moment,” she said.

“The risk of dying from COVID and the vulnerability of the age groups currently taking the vaccine is very high.”