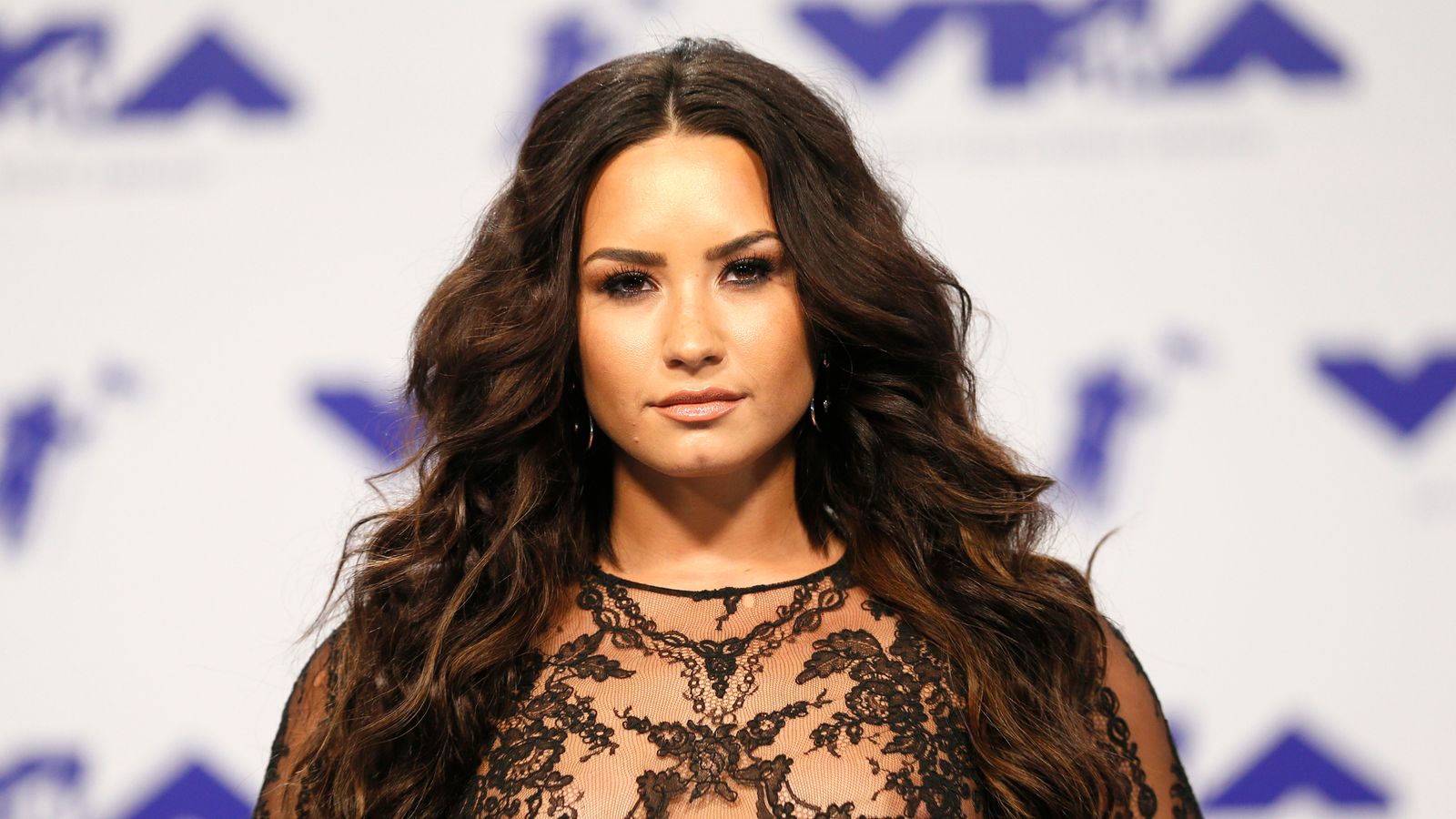 Demi Lovato says she was raped when she was just 15 and working for the Disney Channel in the late 2000s.

Speaking in her forthcoming docuseries – Demi Lovato: Dancing With The Devil – the 28-year-old said: “I lost my virginity in a rape. I called that person back a month later and tried to make it right by being in control, and all it did was just make me feel worse.”

She didn’t reveal the identity of the alleged offender, but said she knew the person and had to “see them all the time” after the attack.

Lovato also said that she told someone at the time, but the offender – who was male – “never got taken out of the movie they were in”.

Sky News has contacted the Disney Channel for comment.

Lovato said the experience was echoed years later, when she was raped by her drug dealer and “left for dead” during an overdose in 2018.

The star spent weeks in a recovery unit following the incident, which led to three strokes, a heart attack and brain damage, and followed six years of sobriety.

Speaking in interviews within the docuseries, Lovato called the attacks “textbook trauma re-enactments,” going on to explain: “I really beat myself up for years, which is also why I had a really hard time coming to terms with the fact that it was a rape when it happened.”

While she didn’t give specifics over the date or location of the alleged childhood rape, she said it took place while she was “part of the Disney crowd”.

Describing her experience, she said: “We were hooking up but I said: ‘Hey, this is not going any farther, I’m a virgin and I don’t want to lose it this way.’

“And that didn’t matter to them, they did it anyways. And I internalised it and I told myself it was my fault, because I still went in the room with him, I still hooked up with him.”

She also said pressure at the time to appear “pure” added to the pressure she felt, directly feeding into subsequent bulimia and self-harming.

Along with several other Disney stars of the time, Lovato wore a purity ring in the late 2000s, to publicly symbolise her commitment to waiting for sex until marriage.

Lovato said as a Christian, she had struggled at the time to recognise her experience as rape.

Referring to the recent Me Too movement – calling on women to expose past sexual abuse and harassment – she said she was speaking out now as she now felt “comfortable doing so”.

She said: “My #MeToo story is me telling somebody that someone did this to me, and they never got in trouble for it. They never got taken out of the movie they were in.”

Lovato first appeared as a child actor in Barney & Friends, before starring in 2008 TV musical Camp Rock and its 2010 sequel Camp Rock 2: The Final Jam.

The singer and actress has been open about her past struggles with substance abuse, bipolar disorder and an eating disorder.

She previously released a documentary about her life called Simply Complicated on YouTube in 2017.

Following her overdose, Lovato made her comeback at last year’s Grammy awards and is now a spokesperson for the mental health app Talkspace. Last summer she revealed that she was engaged to American actor Max Ehrich.

Demi Lovato: Dancing with the Devil – which premiered at SXSW festival this week – is due to be released on YouTube on 23 March.